Hacking the Airbnb lifestyle Camila and Paulo about opportunity, life and balance ,

They seem to have hacked it, life. Camila and Paulo live in one of Europe’s oldest cities, get to surf in the Atlantic Ocean in the mornings, and are constantly surrounded by creative people. They run a guesthouse and countless side projects: opened a restaurant, working as interior designers or vintage photographers. And they don’t seem to be running out of energy anytime soon.

Watching Camila and Paulo, as they look at each other after every question, completing the other one’s sentences, I tend to believe that the energy and inspiration is somewhere within.

“We have met in Portugal; that was the time when I left Australia after living there for a good three years. Paulo was a waiter in the restaurant where Mariana, our friend in common was cooking.” – says Camila. “And only six month later we got married.” Well, I guess if you know, then you know – and this marriage seems to be one of those that are indeed happy-ever-after: Camila and Paulo are together for over three years now.

About their guesthouse, Paulo explains that it all started with an empty room in his flat share a few years back. “We had four rooms but were only living in three. One day I’ve put out an advert for the 4th room, and it turned out to be a nice way to make some extra money. So when the other two guys left the apartment, I rented out their room as well – and realised: I’m making more money with Airbnb than in the restaurant!” 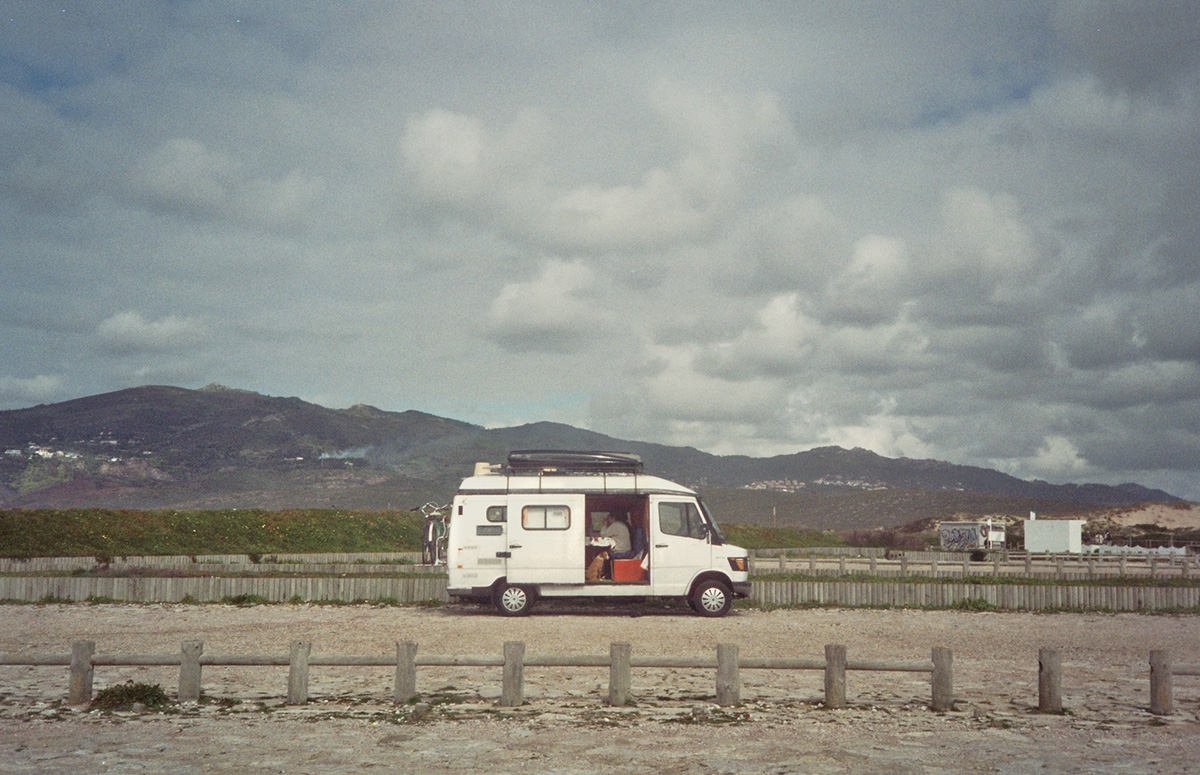 When they opened Pensão Rosinha, the art gallery and bread-and-breakfast in Lisbon, they already had an idea how to gather guests: on the Internet. And though Pensão Rosinha is being found mostly through Airbnb, it’s not a usual Airbnb spot. As soon as people enter the flat for the second time even, they announce themselves loud-and-proud, go to the living room or the kitchen and listen to music, chat, read – everyone seems to feel at home right away.

Lisbon’s quirky atmosphere contributes a whole lot to the experience for sure. With crazy clubs, fresh sea food and narrow stairways between the ancient buildings, the *San Francisco of Europe* is one of the best cities to spend a weekend full of fun. Or a lifetime full of – well, life.

Or maybe it’s all about being good hosts. Camila and Paulo are certainly doing something right. They decorated the house with a great taste, host dinners every now and then, when they cook for everyone in the guesthouse. They also invented the Supper Club, Mary and Rose. Two of their friends, Mariana Cardoso and Mariana Sousa joined Camila and Paulo as hosts. After the success of the Supper Club, the four friends opened their own restaurant, Fumeiro de Santa Catarina. “We couldn’t just handle so many projects all at once” says Paulo about why himself and Camila are only guests now in the restaurant.

“You always need time for the new projects.” – continues Paulo, and explains how a childhood friend of his, Nuno is looking after the guests in Pensão Rosinha most of the time now. “Nuno was living for 7 years in the Netherlands, and when he moved back, he was staying with us for in the guesthouse for a few weeks. We had a lot of talks and he turned out to be working with us now.” – says Camila. “It’s great, because now we have more time to do other things.”

Other projects they have indeed. They say that if you like football, you don’t need to be a player: you can be a coach, produce equipment, or just open a website for football fans. In a very similar manner, Camila and Paulo seem to be very much into great food and arts – and so they started an interior design business. As their first official project as decorators, they renewed the restaurant Atalho Real.

“We are really proud of the artists we work with.” – says Camila. “Before we started working on Atalho Real, we went to a shop to look for furniture. We fell in love with a few pieces and it turned out that it’s all from the same designer.” The shop was nice enough to introduce them to each other, and it became a fruitful relationship. Just look at the photos of the new Atalho Real. 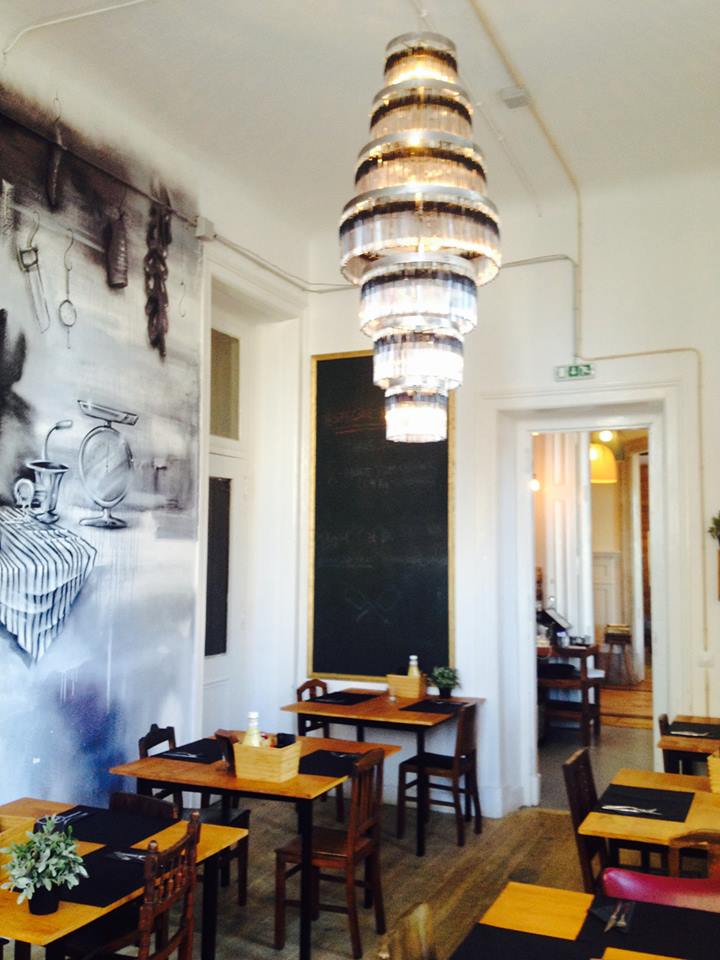 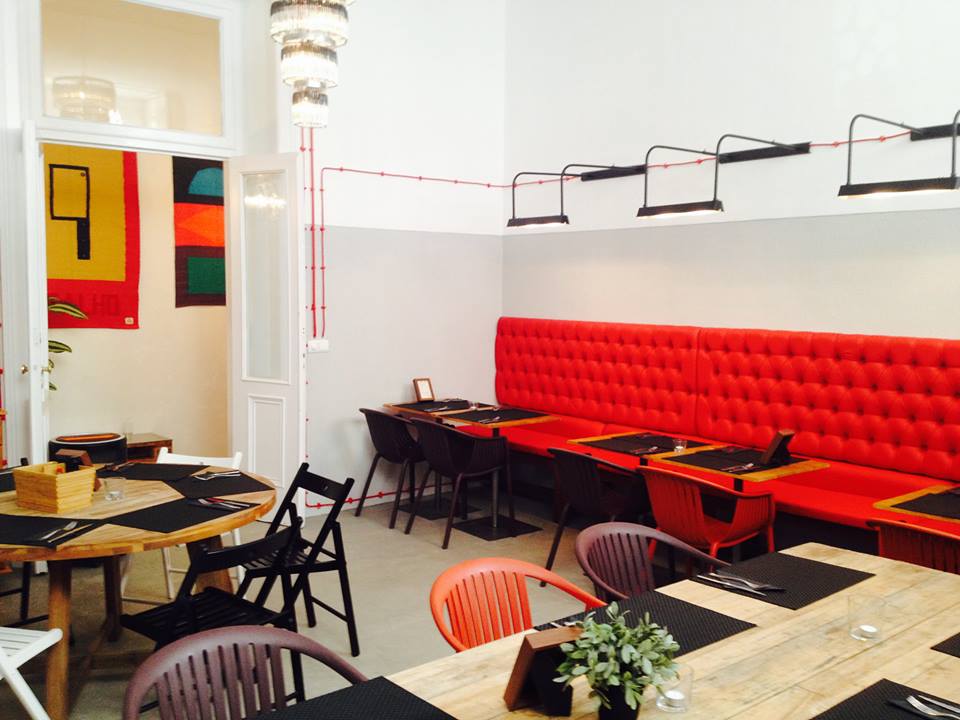 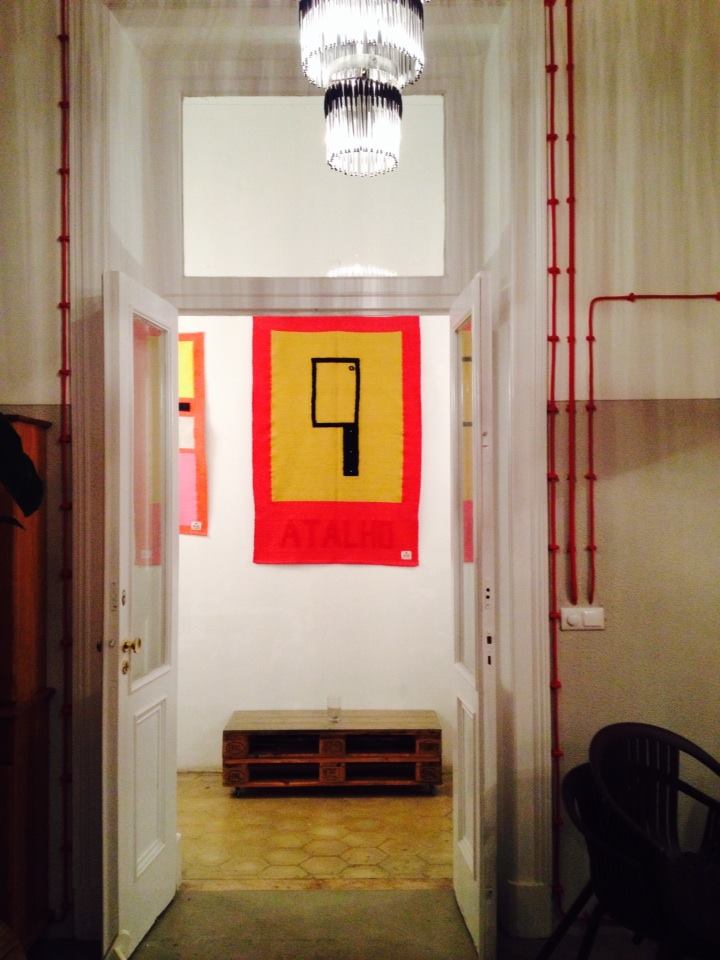 And if that’s not enough work, Paulo explains another project they are excited about now: vintage photography. Their most recent purchase is a 110 years old camera lens which they plan to put into daily use soon: they would go about on Lisbon’s streets and take photos of people, using this ancient technology. It’s like a cool Polaroid camera: once the picture is taken, Paulo would work with the chemicals within the machine and soon give the photo to the customers. “The good thing with Lisbon is that it’s pretty much tourist season all year. So you get to try all these ideas right away, there’s no need to wait.”

So would the 6-year old Camila and Paulo happy about their now-selves? That’s a definite yes. “Of course! We are doing something creative, and we contribute something nice to the world every day.” — says Paulo. Camila agrees, and adds, laughing “It wasn’t so much so five years ago though”. For sure, we need those party years to really find out what we want.

As for the future, Camila and Paulo seems to just play by ear: starting any creative project they can come up with, while trying to maintain a healthy work-life-balance. Pensão Rosinha is always evolving as well: now there are two floors, with the first floor being rented out only for bigger, 10-15 person groups. “We saw a big demand from groups of those sizes, but there is almost no place they could go to.” – says Paulo about why they started this idea. “It’s also good for the business: we don’t need to fill the house every day, because weekends alone could pay our bills.”

It looks like Camila and Paulo are quite happy within the world right now. There are only a few things they would change. “We just watched the movie ‘Cowspiracy’. We were shocked.” – starts Paulo and Camila joins in: “It opened our eyes, how we really treat animals. One cow, one day, is being fed 150 litres of water and extreme amounts of soy. Just to create 300 grams of meat, we are using unbelievable resources.”

So, as it seems, the menu in the restaurant might as well change a bit. For all the other projects of Camila and Paulo’s I can only guess – but I’m sure that whatever new ventures they will start up: it will be creative, sustainable, and at least a bit fun. Let’s keep an eye on them.