Nothing Stops Detroit Chris visits Motor City: can it be as bad as people say? ,

An average of 350 murders per year, over 100,000 abandoned buildings, high unemployment rates, extreme crime rates and several bankruptcies – the things you hear about Detroit are usually nothing good. And if you look at the hard facts, there isn’t really any reason to set foot in this city.

But it can’t possibly be as bad as everyone says. I think.

It’s early evening by the time we drive along the city highway. In the distance, you can see Michigan Central Station. A huge neoclassical building, once the tallest train station in the world. In 1988, the last train departed for Chicago. Since then, the landmarked building has been abandoned to decay. It might be the clearest symbol for many things in this city. For the many different legacies of a golden era. For the standard-setting and innovative Detroit, most of which, these days, lies fallow. Or for the many employees of the automobile industry, which today seem condemned to the bitter fate of futility. 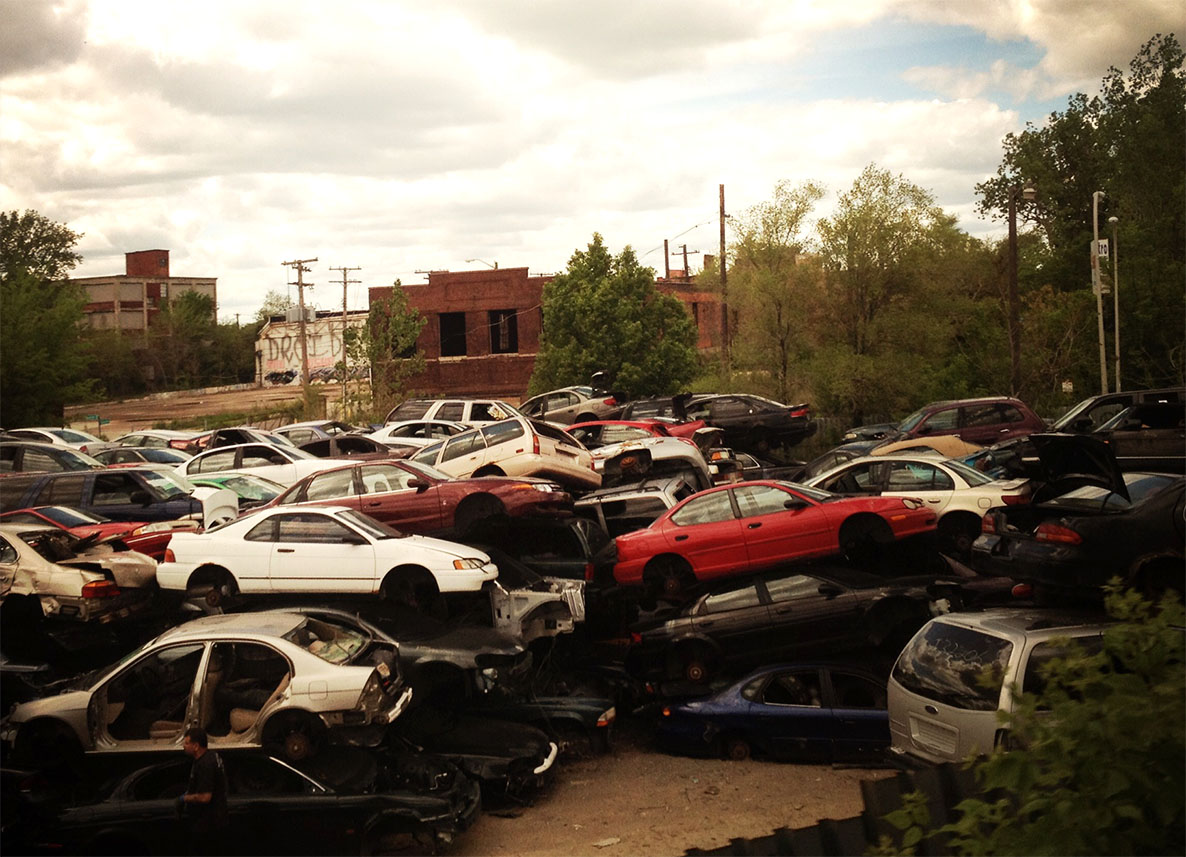 Detroit, laid out for more than 1.8 million people, is now inhabited by fewer than 700,000. That means a demographic decline of about 60 percent. And you can feel that. In huge shopping centers, where thousands of people should be bustling, you find a few employees, here and there a businessman, and a handful of beggars. The downtown is similar. Detroit has an impressive city center with unique buildings, covering many different architectural styles. It must have been wonderful to stroll here in the years when the city was in its blooming period. But now?

Vacancies and decay wherever you look. Entire skyscrapers – empty! In the middle of the city center of an American metropolis. Yes, it takes a while to believe it. For a few minutes, we see no other foot traffic than the beggars at the large intersections. At red lights, drivers are forced to stop. That way, the beggars could process the line car by car in the hope of getting a few coins. Pedestrians they follow for hundreds of meters. An experience that we made plenty of times, too. It shows what existential poverty seems to reign in this city. 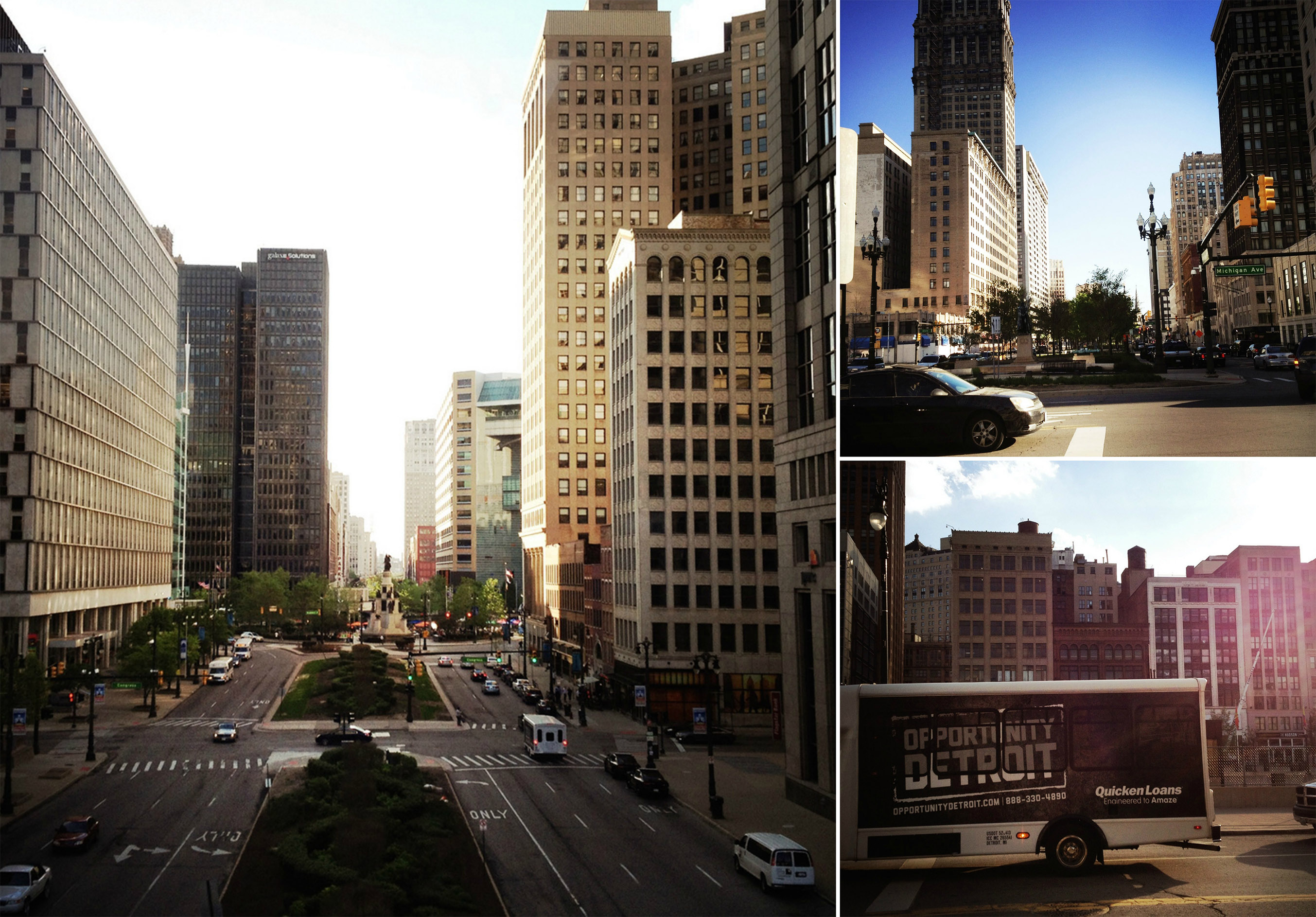 Detroit is plainly the car city – simply “Motor City”. The world’s most famous classics from General Motors, Chrysler and Ford were built here. Today, the city has lost the glance of a Ford Mustang or a Corvette. But despite that, it’s still the automobile that gives the cityscape its (admittedly weak) life. It is one of the last noticeable signs that Detroit is no true ghost town.

I had heard a lot about Detroit before I came here. Lots of facts, stories and reasons why it was a shit idea to travel here. Would it all come true? Well, at least not all of them, because it seems that there are real options in this city as it has plenty of opportunities due to good infrastructure, low rents and and a bunch of people trying to make a change.

One of the very well known projects in Detroit is the so called “Heidelberg Project”. In it, the facades of empty houses are lovingly decorated and embellished. But even here the same game is still at play: About half of the houses of this project have been burned down and destroyed in the last months. Caused by arson.

“Nothing stops Detroit”, they say.

The words of my taxi driver are still in my head: “You know, there are a lot of clever, creative people in Detroit. A lot of startups are trying it. But there are at least as many idiots here. If you want to make a difference, you don’t just need money, time and patience, you also need a strong will”.

And that is also my impression: There doesn’t seem to be any shortage of projects and attempts to make the city attractive again. But it will probably take many years to conquer the strong stigma of the city. Vandalism, poverty and violence are too much of everyday events in Detroit. It’s clearly everywhere. Yet there’s hope: Again and again, I hear that the people of Detroit are known for their resilience. I think it must be true, since anyone who’s still here after decades of decline can’t be shocked by anything anymore, right?

Later, I read that renovations on the old Michigan Central Station are beginning. Date of completion? Vague. But I want to look at it again in a couple of years. Things will change, I am convinced.