Rapid sightseeing in: Antwerp Is it worth leaving the train station with only one hour to kill? ,

You have to change trains in Antwerp and have 60 minutes before catching connections. Will you hang around the station, or use the time to discover the city? This article is for the ones who chose the latter.

Get off the train in Antwerp, and chances are that you don’t even know which country you are in. Did you set foot in the Netherlands? Are you in Belgium, or Germany? Do you remember crossing the French border?

(A wonderful game for long train rides: guess which countries Dutch-sounding cities are located in. Go ahead and try to place Eindhoven, Maastricht and Ghent. How many points do you have?)

Antwerp is in Belgium, and is actually the second largest Belgian city after Brussels. It’s also the capital of the province Flanders, which makes it a rather Dutch town.

Chocolate- and brewery-heaven, that is. Fried chips with Samurai sauce, here we come.

Once you’re off the train, you are immediately facing a tough decision. Antwerp’s central station (or the “Rail Road Cathedral” for it being an amazing building), is just a few minutes walk from the city centre, but you only have time for one of these three things to do. 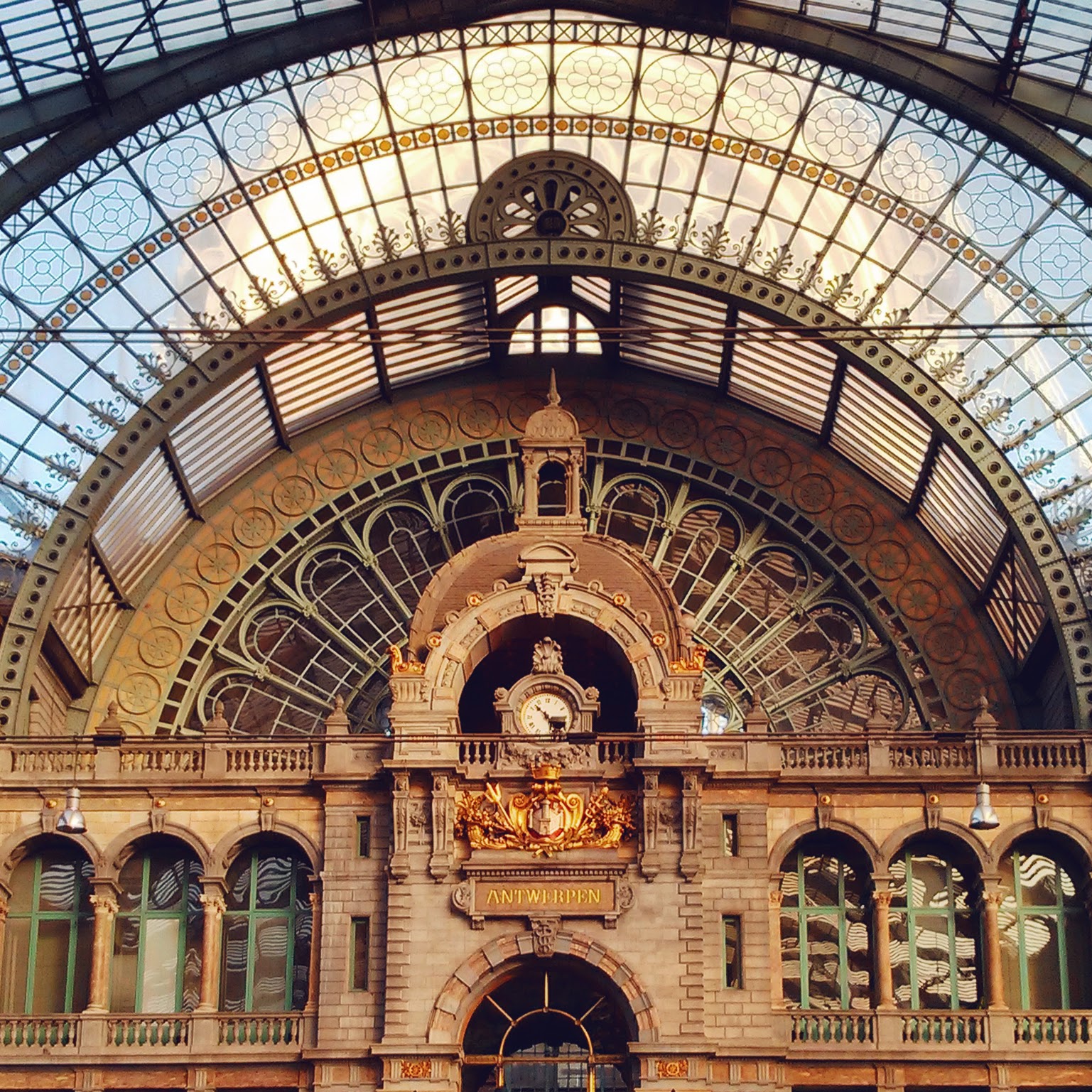 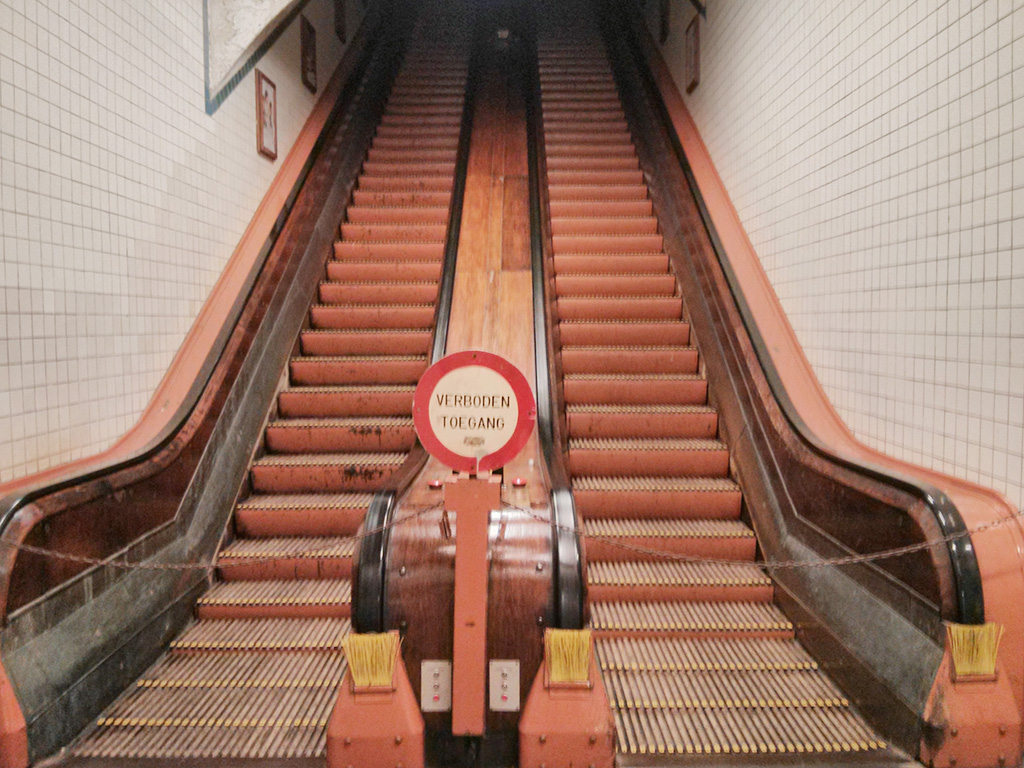 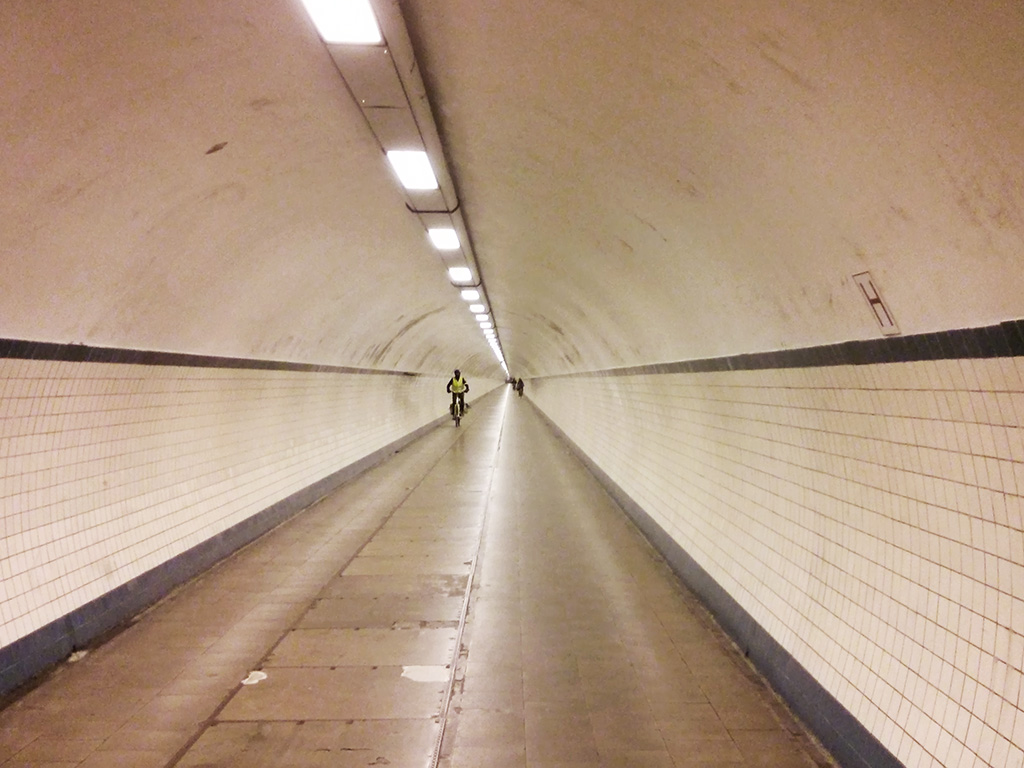 To understand Antwerp a bit, we have to go back in time, to about the 16th century. The city was one of the most important financial centres of the world, traders from all over Europe and Asia sold and bought their goods here — just until the Spanish messed it all up and the banker-trader-capital role shifted towards Amsterdam.

You can actually feel a bit of Amsterdam with the international districts, trendy bars and shops, but without the many bridges, tiny canals or weed. It’s neither as well preserved as other medieval cities like Bruges or Ghent, although that perhaps makes it more fun: there are some cool jazz bars and contemporary fashion shops around. 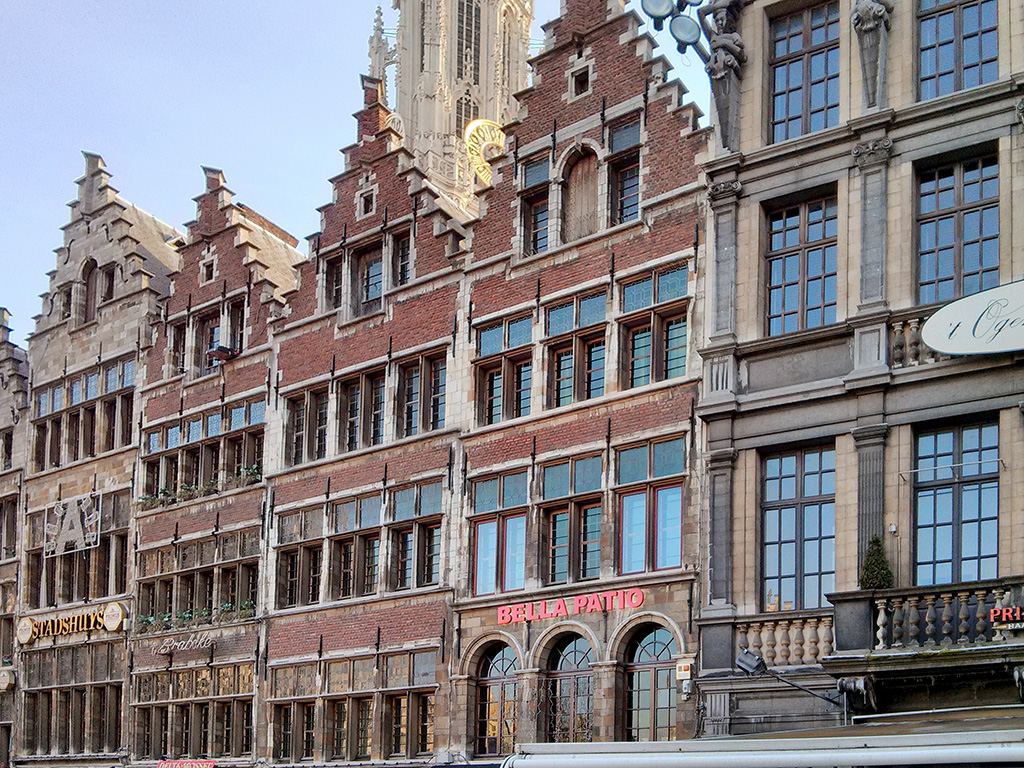 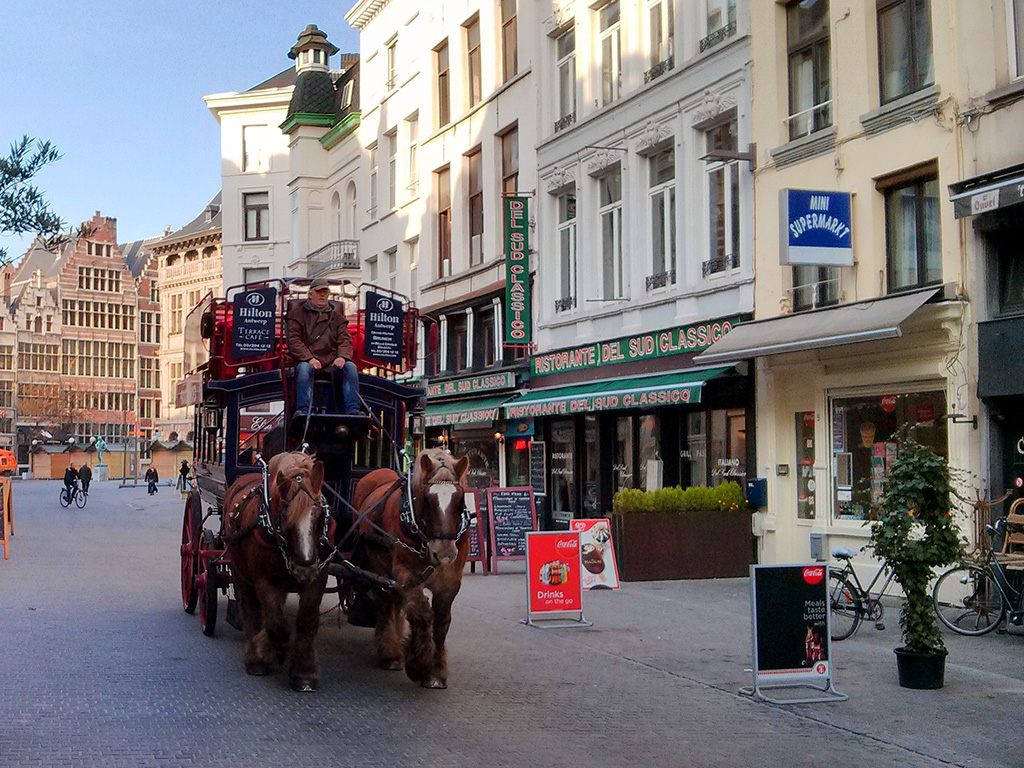 One thing that survived the centuries is the diamond district, or Diamantkwartier, where you can probably find good deals if you happen to be on the market for gems. It’s said to be the largest diamond centre in the world today, with about 84% of the world’s rough diamonds passed through the district. Just to put the numbers into perspective: there are over 4000 of shops or merchants in a city with a population of about 500.000 people.

It’s a rather rich city then with pretty houses, and even Europe’s first skyscraper was built here. The 26-storey (95 metres) Boerentoren is so Art Deco that it could easily be in New York or Chicago.

Many of the buildings have an interesting history as well. As an example, the City Hall is told to be a replica by many sources – which is actually kind-of true: only 10 years after it was finished, it burned down to the ground. Only to be rebuilt three years later, in 1579.

Let’s not get lost in the details though: mind you, you have only one hour to go. Many of the buildings have been turned into museums, so just collect the leaflets when you get near. You will have plenty of time read those on the next train ride.

The route to cover

You decided for going to the St. Anna Tunnel? Very wise choice! Pretty buildings are a dime a dozen, the claustrophobic tube-shaped tunnel run is a unique experience of a lifetime.

Don’t worry though: we have a route for you, where you can have a glimpse of the medieval parts, see the tunnel, and even buy diamonds – pretty much completing everything from our checklist.

(If you are travelling with a big bag, you might actually want to leave it at the station now. Medieval town. Cobblestones.)

As you leave the station, go towards the cathedral-looking tower, with the big “Antwerpen” sign on it. Exit the building; if you see the big Media Markt sign (or can connect to their wifi) you are at the right corner. Move along “De Keyserlei”, the high street with shops like Zara and Forever 21. Ignore all of those, and move towards the KBC Tower. (Remember? That’s Europe’s first skyscraper.)

Take a photo and walk further down the street. It now is called Schoenmarkt, just to change to Groenplaats two streets later, which then turns into Reyndersstraat in another two corners. Maybe you shouldn’t try to memorise street names at all. It’s a medieval city after all – just follow the map and you should see the St Anna tunnel’s entrance: a tiny, art-deco power-station-looking thing, with a 1930’s elevator in it.

Take the wooden escalators, go downstairs and take photos of the old-fashioned warning signs. Enjoy the view for a second, then leave the tunnel and walk towards the river bank. That means turning left now – only losers walk the same way back. 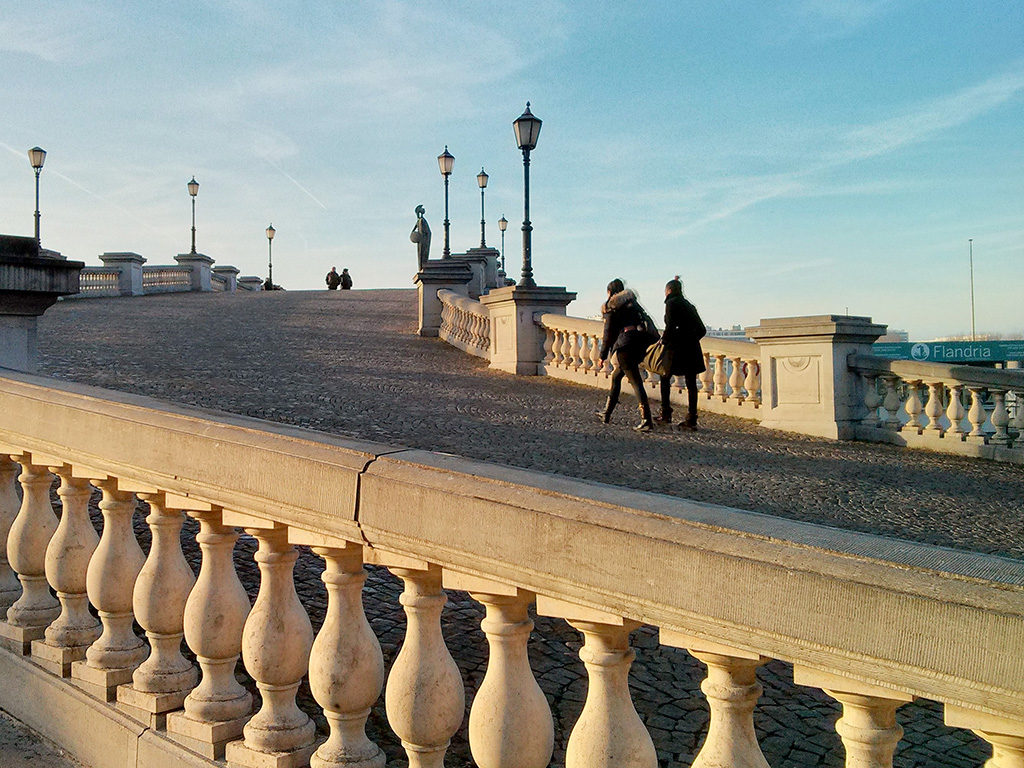 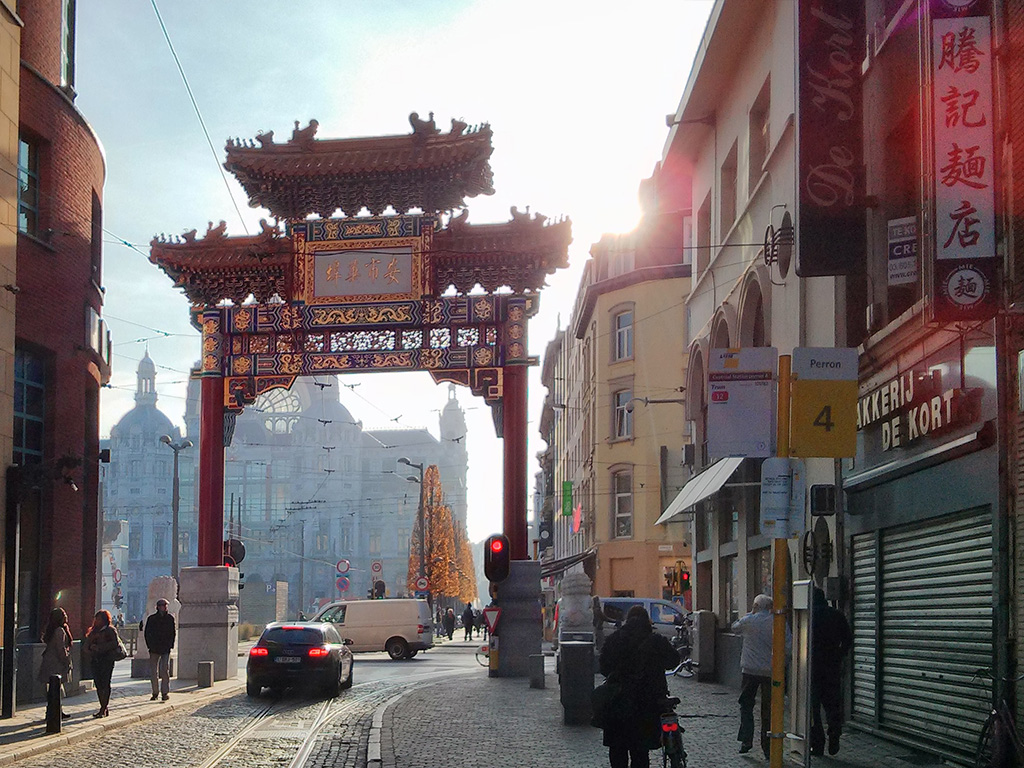 Walk towards the fortress Het Steen, which is also a replica: Charles V. rebuilt it in 1520. Not even worth a close look therefore, and you probably also have to hurry now, so just turn right a few corners before, at a small street called “Suikerrui”. Follow this until you reach Grote Markt, the main square of the old town, and take some photos of Antwerp City Hall (behind you), the cathedral (the tall building in the front), while buying some trinkets on the market.

Pass the church, and take any street that seems to go straight. Walk as long as you see Central Station again, and get ready to take your train. But before: the diamond district starts just at the station’s rear exit.

Why don’t you buy a nice little something for yourself, to make the memories of this trip last forever?

Did you like this article? Don’t forget to check out the other cities in this series: