Rapid sightseeing in: Prague Is it worth leaving the train station with only one hour to kill? ,

The series continues with Prague, and the rules left unchanged: you have 60 minutes to spare while changing trains, in a city which you have never seen before. Is the town centre close enough? Will you be able to make selfies with some sights, or, is it only smart to buy Pilsners and stare at the departures board for an hour?

Good news is, it’s rather straight forward to leave the main train station in Prague, and after crossing one park, you’re basically in the inner district and close to the medieval parts. And the old town with the Charles Bridge is very well worth a visit.

Bad news is that, although it’s possible to reach the very best sight and return within one hour, it requires quite some pace. Worse, it’s an old city with narrow, curvy streets and cobblestones, which does actually look amazing – but you will need a good map with even better sense of direction to navigate. Furthermore, Prague is the capital of Czech Republic, also known as Land Of Terrible Tourist Signs, put simply: You Will Cry In Deep Pain Watching Your Train Leave Without You.

We will touch on this later, but chances are that you left the train now and want to grab a beer immediately. Mind you, Pilsner was invented here. You have to get one.

Before we get to the route to cover, here is some useful piece of advise first.

The Czech Republic has their own currency. With only one hour to kill however, you don’t want to waste your time staying in queues and converting money back and forth, so you have no more but one option: keep your euros at hand’s reach, and get ready to support the local economy.

Accepting credit cards may be a problem, but you can buy almost anything with euro coins in the inner district. The rates are going to be terrible, but the beer is cheap enough to compensate, and you can say it together with the locals when you leave the shops: ‘This is very Good Business, thank you very much’. 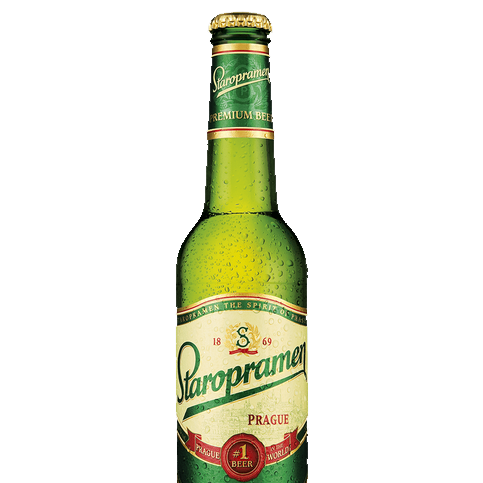 I can recognise a Good Business when I see one.

For Americans, a fun fact: Budweiser does come from the Czech Republic. Now, that is true for the name only. The Czech Budweiser is an actually good beer, so do try it.

And the most important one: always, always check the platforms and the train times, look out for any changes in the departure platform. In Eastern Europe trains tend to change, run late or be cancelled with no notification at all. Keep updated, and keep your calm. This is how things go down around here.

You are leaving the safe zone now

We already established that it is very much possible to leave the station, walk around the city and get back to catch your next train, all within one hour. We also established that you will be terribly lost doing so, therefore:

You might end up running, too. If you are travelling with a big bag, you should actually think about leaving it at the station.

After you’ve arrived at the station, get off the train, walk towards the main hall (let the decreasing platform numbers guide you to the exit), go down the steps and leave the building. You will now see a park, covered by pigeons and homeless people in the summer season, or, snow and pigeons and homeless people during winter. Leave them all behind, crossing the park.

I’ve marked the actual exit of the station, and Jerusalem street on the photo above. Start walking on this street – if you pass by a very colourful synagogue you know you’re at the right place. 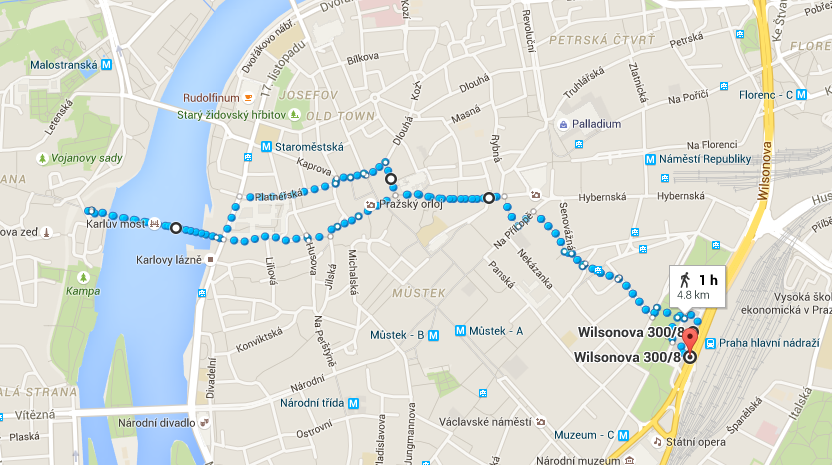 Following the map, pretty much every square looks fantastic, medieval and definitely worth a photo. Don’t get carried away just yet, and definitely don’t spend precious time making selfies with those towers. You’re here for the big one, Charles Bridge, the most beautiful sight in every season and all lights. Let’s make all your friends jealous, and collect those Instagram likes.

So move further along the map, and find the Old Town Square. This is one of the best sights, and it’s a big enough square to take good pictures of, while running across. 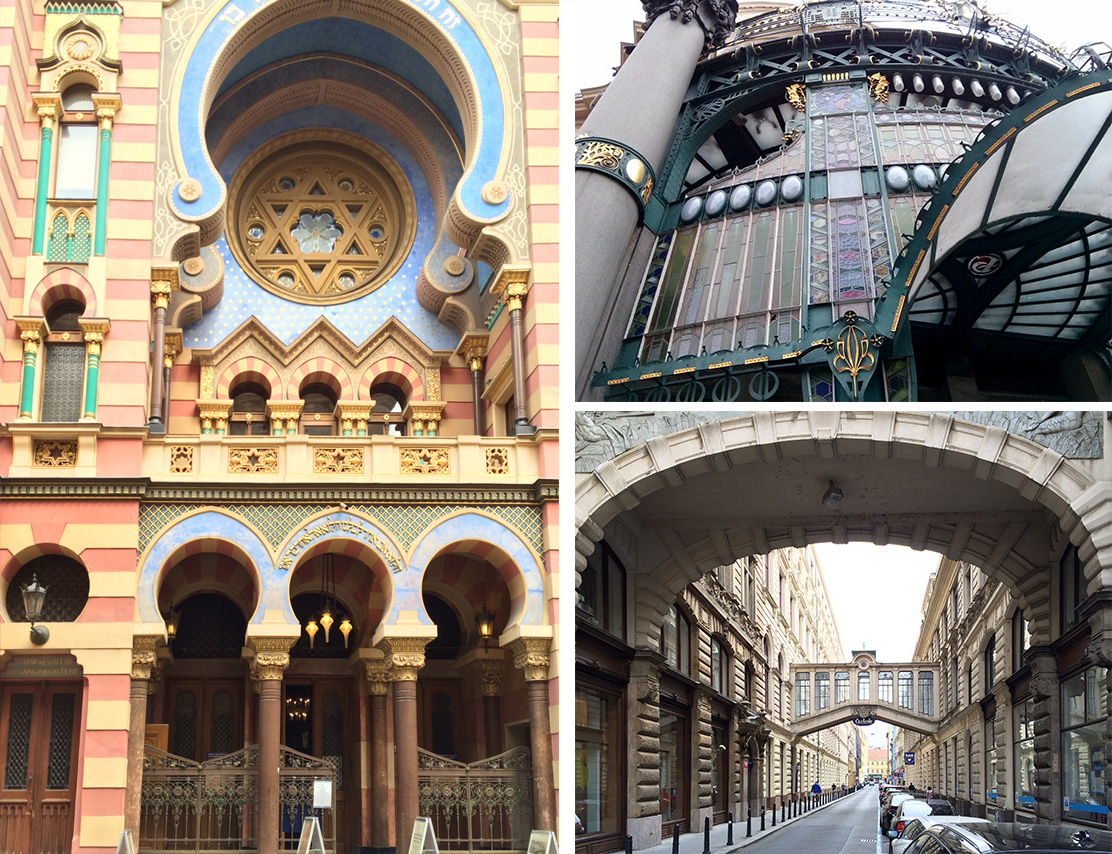 After crossing the square, chances are that you’re terribly lost now. Try to keep calm, you’re near Charles Bridge for sure. Ignore the tourist signs, they are there to confuse you. Almost every street you can take from this side of the Old Town Square will, sooner or later, lead to the bridge, except Kaprova st and Jilska st. Keep away from these like fire.

If you see Platnerska, Linhartska, Karlova, or a tiny, narrow street with no name but many tourist, you’re probably all set. Follow these until you reach a dome-looking building, an old tower, and more tourists you’ve seen in the whole city so far.

Start crossing the bridge, walk 5 minutes. Turn back. Now you are at the best photo spot in the whole city. Enjoy.

60 minutes is a very limited time, so you need very good planning and clear goals to take the best out of this visit. 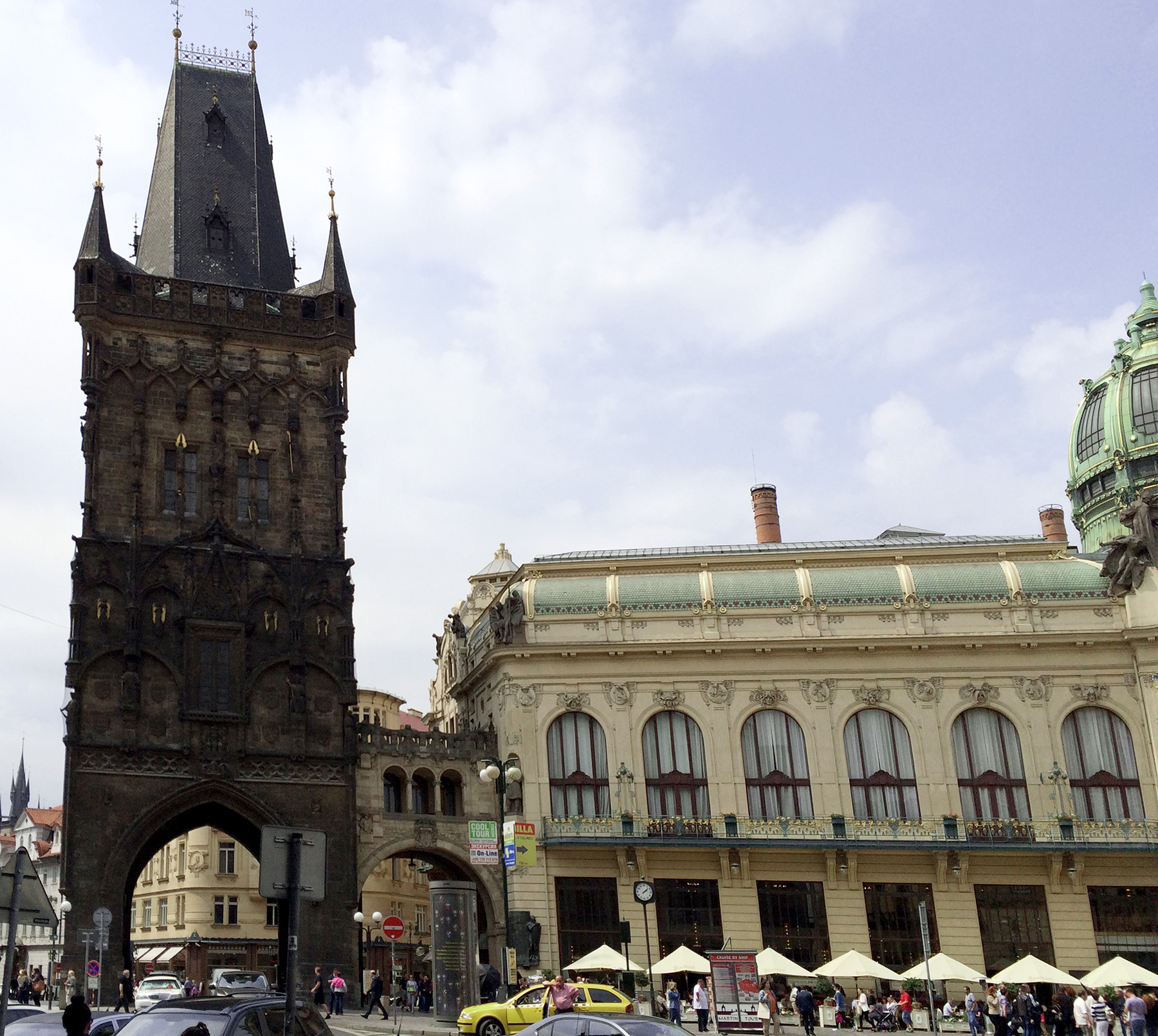 Beer is most enjoyable when you don’t rush drinking it, and you could eat with your hands pretty much anytime, if you really-really wanted to. So you can easily skip all those too for now, being left with the funny characters, which are on the photos anyway.

So enjoy your checklist being done right before you even left the station, and focus on running through the city. Mind you, the more time you spare the better your chances to buy those Pilsners before your train leaves.