The worst fear of all professional athletes is that once they have to stop doing the sport they love and live for. For a surfer, surfing is more than just an activity: it’s a lifestyle. It’s life.

I’ve met Colin for the first time in Rhodes, Greece a few years ago. He was the experienced, passionate surf instructor, while I was the secretary in the same windsurf school. He was the kind of young guy that all the girls fall in love with. Tall, with curly brown hair and a cute French accent. And of course, the typical surfer clothes: sunglasses, board shorts and a hoody. The lot.

I was a beginner windsurfer, and this was my first experience with the surfer scene. I arrived on the island with nothing but prejudices about surfer boys. You know, just to mention one:

"they have it all too easy"

I was quite surprised to learn that Colin is different. Somehow he just didn’t think he was cool. Almost seven years have passed since we have first met and we are still friends, at least pen pals, thanks to Facebook and Skype. We didn’t have the chance to meet in person since: Colin had to leave Rhodes mid-season because of severe health problems.

In our interview, Colin tells us about his journey. About the day when he received the bad news from his doctor, and the path to find his new passion: to travel through France in his van, and write beautiful stories about extreme sports and athletes.

My Skype is ringing and I’m excited. So many years have passed by, but now it seems like it was just a few months ago that we have been on Rhodes. He didn’t change much. Maybe seems a little more relaxed now. And happier too. Delighting to see.

“Since I was a kid, I’ve been windsurfing.” – Colin begins – “I grew up in a kind of »nomadic family«: we were moving from one place to the other in France. But like most people, one day my parents decided to settle down. They bought a house in the French Alps, in the place they loved the most.” 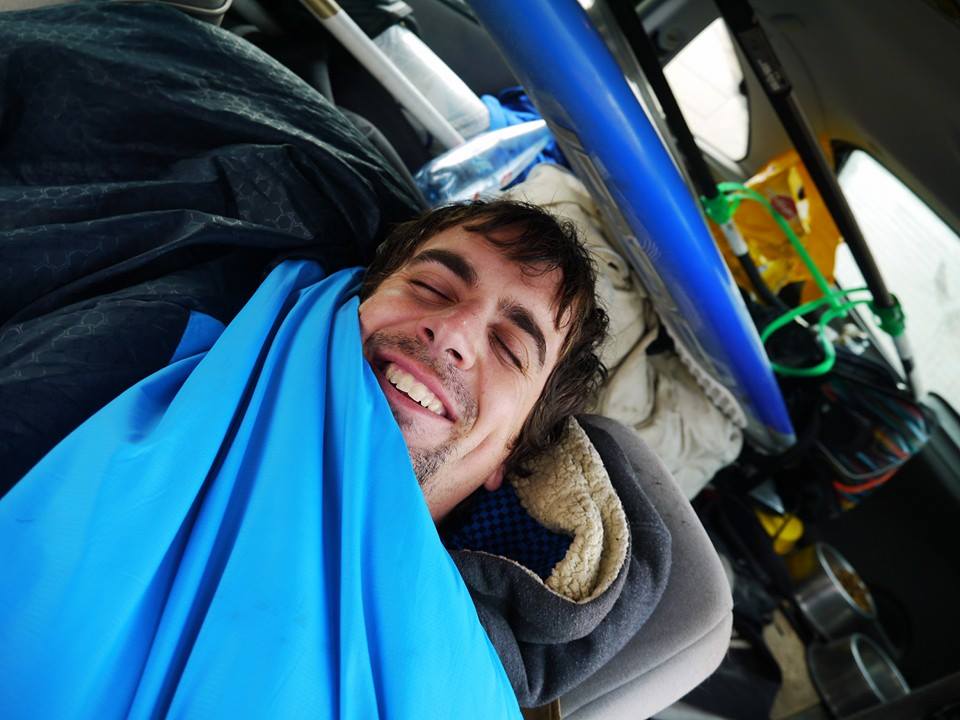 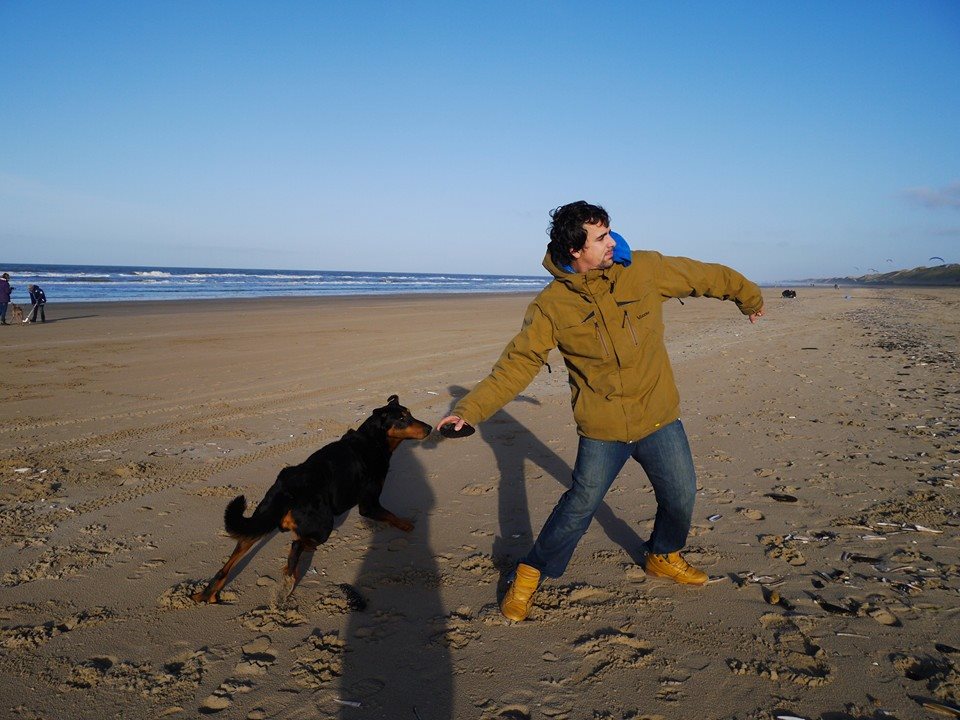 So what can a 18 years old boy do when his ambitions don’t meet his parents’? “I wanted to go full time windsurfing, so I quit school and moved to the Coast. I was 18 when I got my windsurf instructor license, and from that point, I was travelling through Europe, teaching windsurf and wake boarding in different schools.”

“I had so much fun these days, as you would imagine! I was completely free, spending my days with parties and windsurfing… you know, I was young, I didn’t care about anything. I just wanted to have as much fun as possible! In that time I thought that´s the perfect life, wasting all my money in parties and alcohol. I spent four years like that until the disaster happened.” – He takes a deep breath and continues a lot slower. His eyes are telling me that it’s still hard to talk about what happened to him.

“Doctors diagnosed a rare disease in my back. It was in 2008, I remember every painful day of that year. This disease is called Spondyloarthritis. I had so much pain, that I couldn’t even move for a couple of months.”

"In the hospital I was told that I could never ever surf in my life again. I just wanted to hang myself."

“After some time I felt better again and I thought I was ok again. So I started the season in Rhodes working as a windsurf instructor. But after two months in, the pain returned. I had to quit and go back to France to my parents’ house. This time was even worse, because all my plans collapsed and I struggled with finding a new one. I knew I had to change everything and find a way to be happy with another lifestyle.”

YZ: Is there a cure?

COLIN: No. It´s a chronic disease which you have to deal with until a scientist somewhere finds a treatment. For now it doesn’t look like that’s anytime soon though… I get an injection every week and I have to maintain a healthy lifestyle – so no parties and no alcohol. I am still windsurfing, but not as crazy as I used to. Just from time to time, when my back feels strong enough to do it. I learned to accept it and I started another passion of mine: writing stories.

Since I was a kid I loved reading books and writing, so I moved to Caen to write for a surf shop blog. I wrote about new surf-equipment and made each post to be a small poetic story. I gained more and more followers with time, so thought it would be a good idea to start my own online magazine one day.

Always writing about the same things, this job became quite boring after a while, and my brain felt like shrinking — so I moved on and I travelled a couple of months through New Zealand. The best trip of my life! When I returned to France, I started working on my blog, “So rad le mag”. 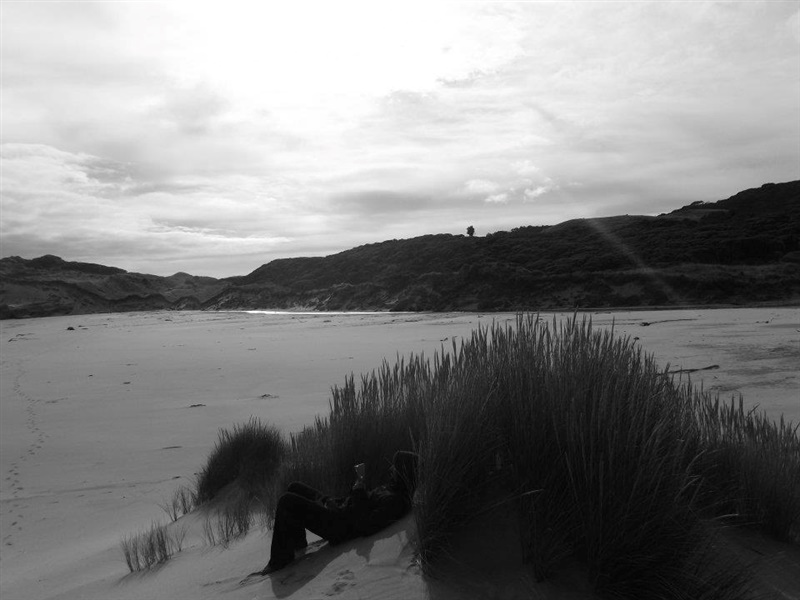 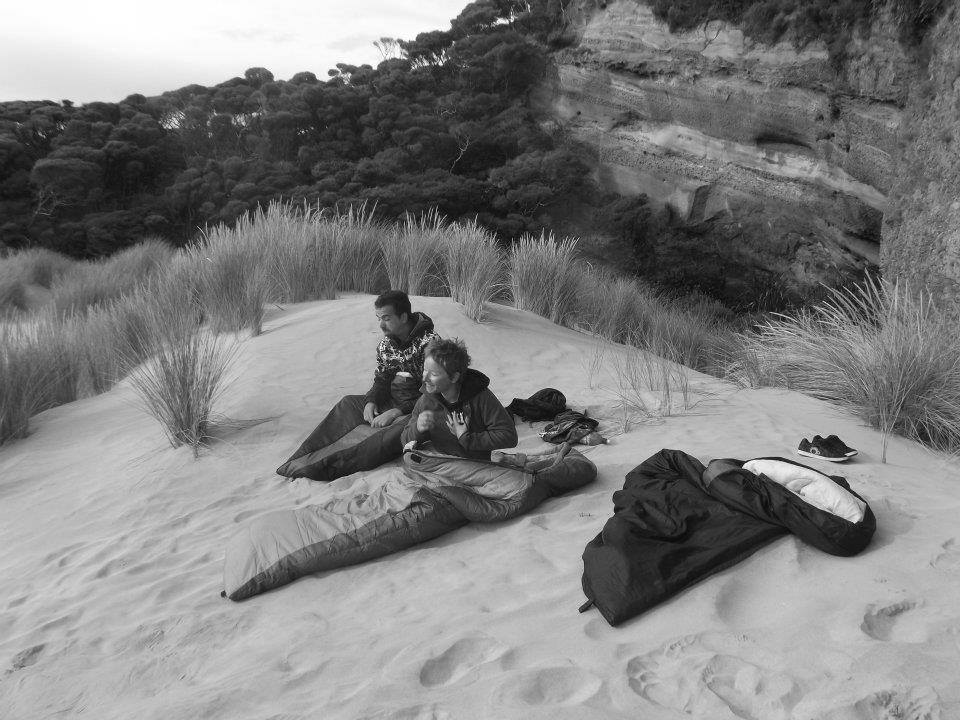 YZ: What is this blog about?

COLIN: I am writing about extreme sports. Or more like, I write about the crazy people who are doing those. Most of them are windsurfers, surfers, wake boarders, skaters, free skiers or snowboarders. In the summer season I travel along the coast and in the winter I´m moving to the Alps to catch some good stories there.

I want to show the people the vibe of the extreme sports as it was in the old days. Today everything seems to be about fashion, the business and making money. I think that is killing the soul of these sports. I am writing about the stories, the people, the amazing freedom which hits you when you ride a wave with your surfboard.

I don´t tell stories about competitions either, because I want people to feel the passion and not the business. Today it really feels like it’s a show business. Magazines are writing about who is the best or who is wearing the fanciest clothes. So Rad is different. It’s about fun and passion, even you don´t have the best moves on your board or you are not wearing the latest shorts.

COLIN: Do you know the Ninja Turtles? They always said “So Rad!”. It means, “even better than cool”.

COLIN: The most challenging thing is to find a good story. I don’t want to write just to keep on posting. In the beginning I was quite shy to speak to the people, but now I got used to it. Also I do not like to spend lots of time behind my laptop. But it´s ok as long as I can travel. That´s my “golden life”. I do not spend a lot of money, because I don´t have it.

Quite often I sleep on the beach. Sometimes it can be tough when you are really hungry and you realise that you have not enough money left for the next days. That happened to me a few times. On one surf event I just ate apples every day, because I ran out of money and that’s what they gave away for free.

YZ: So you are not earning money with your blog?

COLIN: I don’t. Although I became rather well known in the sports scene in France, and this way I appear as a speaker on some events. I also write for other magazines. But from time to time I have to go back to my base, my parents’ house to have some nice food again. My dream is that one day my magazine becomes so well known that I can live from it.

COLIN: I don’t have a routine. Every day is a new day. I do check my mails regularly and I often go for interviews and I am driving a lot around with my car. I go to new places nearly every week. I like that I meet so many people, but in the meanwhile I am also pretty alone. In one way it sucks but on the other hand it´s cool. But of course, sometimes I just wish there would be someone who is close, beyond my parents and friends.

Right now I don´t want to change anything though. I want to continue as long as possible with that kind of lifestyle. For the future my dream is that I have that much success with my mag that I could afford external writers and I could just go where I want, being totally free without caring about money.

Maybe then I would also settle down one day, perhaps in New Zealand. I still don´t know if I am really the person for settling down. I grew up like this, moving from one place to another. I want to see more all the time.

YZ: What makes you wake up every day?

COLIN: For now the cat of my sister, crying “Meow, meow”. But in general, when I am hungry or when I just want to wake up to see how the day is like. Is it sunny or cloudy?

YZ: What is your receipt of finding happiness? Do you have any advices?

YZ: If you could change something in this world what would it be?

COLIN: If I could change on thing, then I would cure my disease. In general there is just one thing, peace in the world (laughing). It sounds so cliche, but yeah that´s it. Imagine turning on the radio and not hearing all this awful things which are going on in the world…

YZ: Would your 6-year-old-self be happy about you now?