Drummer Dreams Stefan from the band "We Walk Walls" about the long journey to making music ,

“Writing a song and turning into a superstar the next day — it’s like hitting all six numbers in the lottery. The life of the really successful musicians revolves all around music. It’s their first priority and they try to improve every single day.”

Stefan (drums) and his brother, Maze (bass) have been playing together in various music bands for ten years, but haven’t succeeded with any of those for a long time.

“For over 15 years I’ve been playing gigs for little money, or sometimes just for a crate of beer”

We Walk Walls was born in 2010, when the brothers started an indie-pop project together with their young singer and guitar player Silvio.

“I’ve bought an old secondhand synthesizer because it was such a steal those days”, explained Stefan. The synthesizer was just a bystander until they met Patricia, a professional singer and keyboardist. A few years later, in 2013, they could celebrate their first success with publishing their debut album Ceremonies. They reached numerous top chart positions, and received the title Artist of the Week from the Austrian national FM4 radio station.

Still young but pretty much rocking the Viennese music scene, We Walk Walls is on the way to become even more popular: they were nominated for the FM4 Award 2016 (which is part of the prestigious Amadeus Austrian Music Award), featuring other well known bands like Wanda. 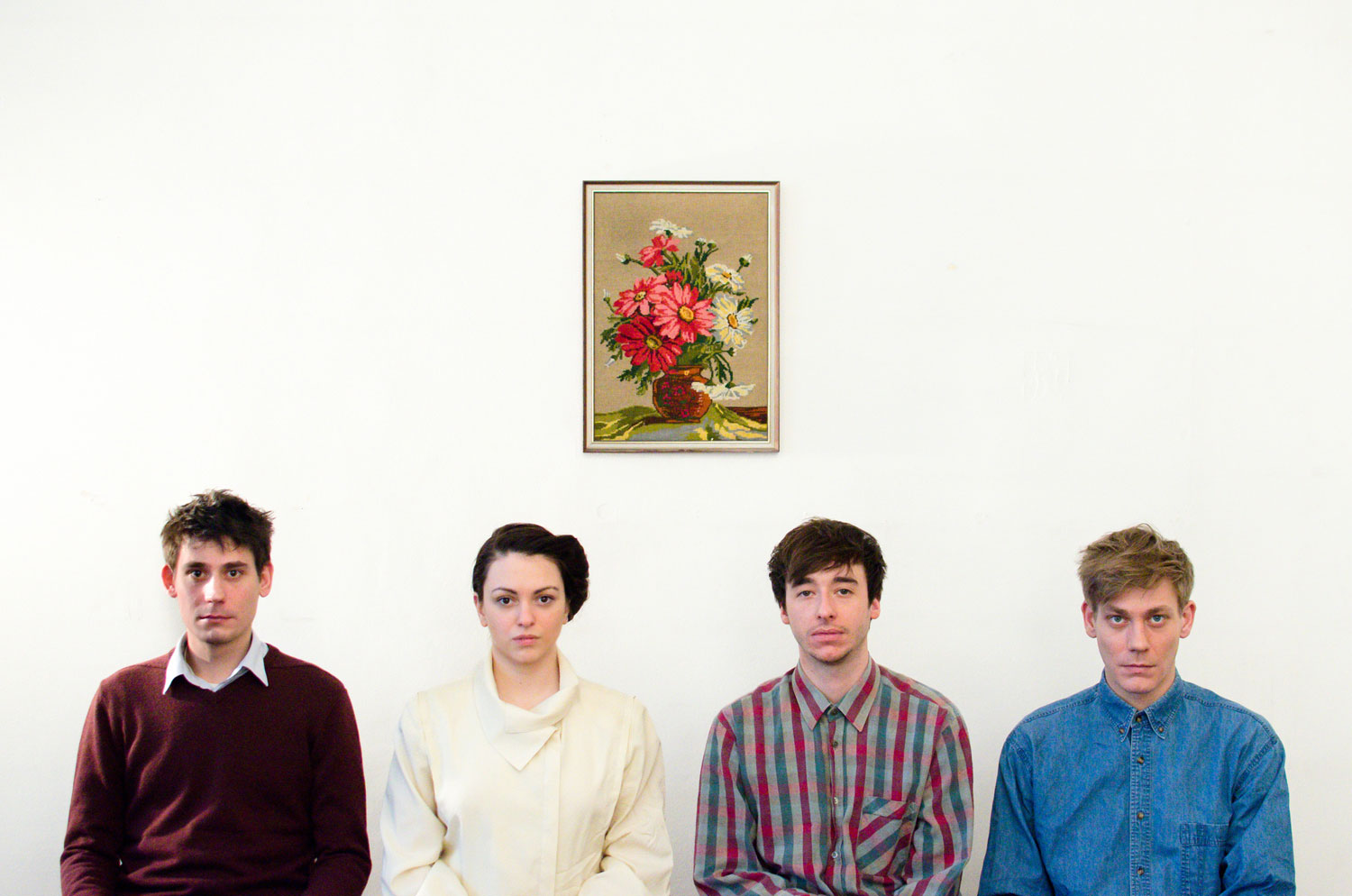 Yakuzuzu was curious about the indie pop band. We’ve met Stefan Elsing to learn more and take a peek behind the scenes.

Yakuzuzu: where does your love for music come from?

I have always loved music. When I was a child I used to record all my favourite songs on cassette tapes — my personal top hits. I always get goose bumps when I listen to touching melodies. My parents love music too, and so I grew up in an environment where music played an important role. It simply fascinates me — all those different instruments and styles… Each song can be compared to raising your baby, you watch him or her growing slowly until it’s ready to leave your house.

Yakuzuzu: when did you start to compose your own music?

I started with fifteen, when I founded my first punk band. I was really bad in playing the guitar, so I preferred the drums. But honestly, I’m an autodidact: I’ve learned it all by myself. I’ve been playing this instrument for twenty years, but I’m still improving. 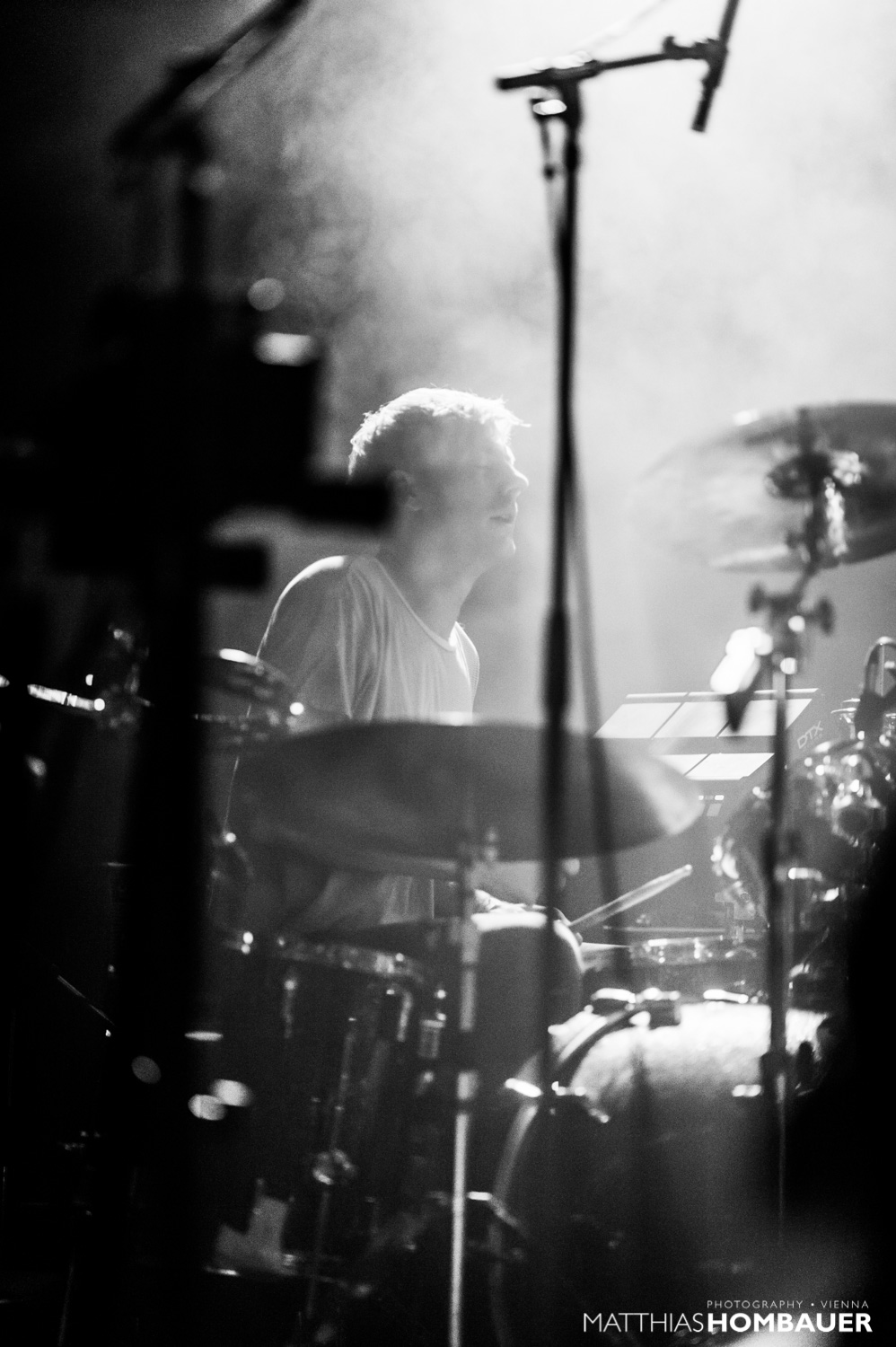 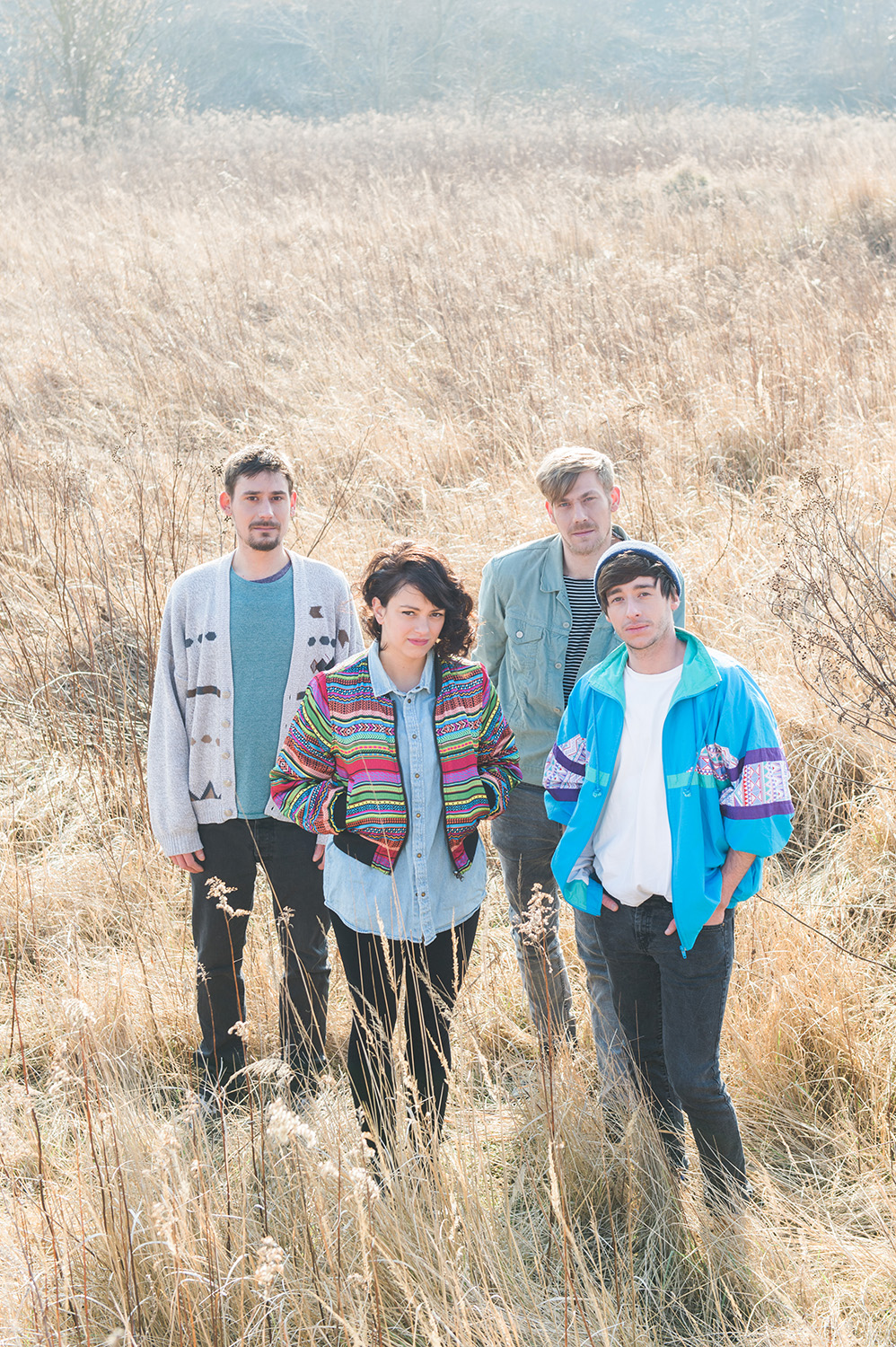 Yakuzuzu: We Walk Walls is quite well known in Austria already. What are your next challenges?

Earning money! Especially when your band is still young. Without a tinge, which is best to be played on the radio, you might still remain without pay. For over fifteen years I was playing gigs for little money, or sometimes just a crate of beer. Nowadays top-quality music videos are a requirement, and those will also cost a lot.

Without a real investment in your “baby”, it won’t grow. That’s the way the cookie crumbles.

Yakuzuzu: did you have bad times with your band?

Until now we were really lucky: we’ve found a label and the radio is playing our songs regularly. You have to understand that every band is a group of individuals where everyone is creative and has their own imagination. So that must be a fit, similar to how a relationship works. You also have to work on it of course. I, personally, had various difficulties with other bands. It happened before that someone left the band early, or we couldn’t get any record deal.

When something bad happened I always jumped into a new boat — it continued like this until we founded We Walk Walls. Maybe I was too stressed when I was younger. When something went wrong I just threw in the towel. But every experience is essential to learn and improve. 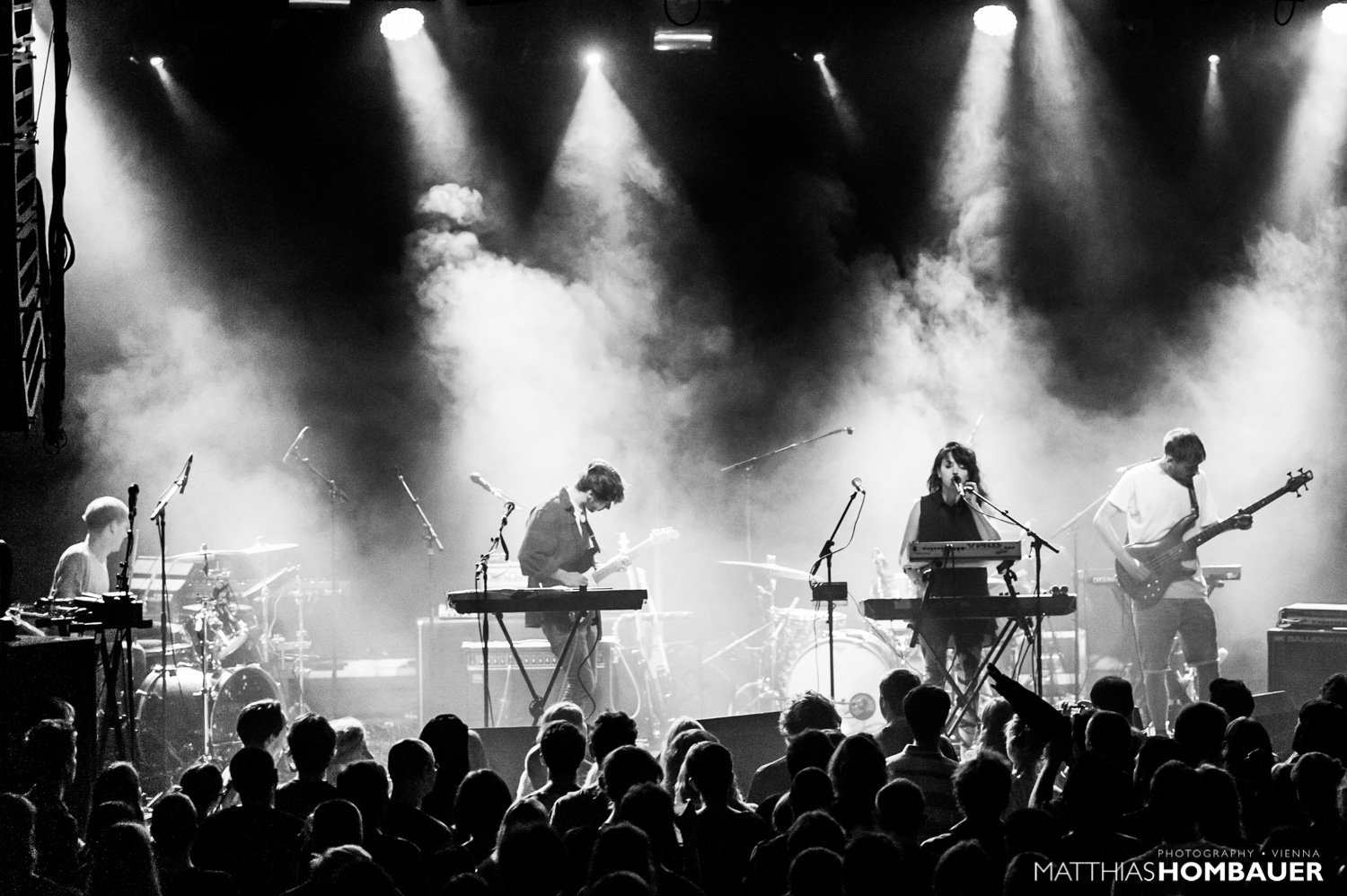 Yakuzuzu: you also work as a medical engineer; would you prefer to make a living with your music and quit your “normal” job?

Should I lie now? Of course that would be amazing. This is the dream of every musician, I guess. But I’m also fine with my work situation right now. I like my job as an engineer. If I wouldn’t like it then I would change my profession.

Yakuzuzu: what was your biggest personal success with We Walk Walls?

There were many! I think the best moment was when I heard our first single on the radio. I will never forget that.

Yakuzuzu: what are the band’s goals for the next few years?

The most important thing to keep being creative is not to feel too much pressure, to have enough time. We want to take it easy and just keep on composing new songs. And when they are ready then we will take our time to go back to the sound studio. When we reach that point in time we will see what happens next.
We try to avoid raising the bar too much: it’s better to stay on earth and take little steps.

Yakuzuzu: how do you feel on stage?

Of course a little nervous before the gig, but that’s fine for me. As soon as we are playing the first song and everything seems to go well I calm down. Then I really enjoy the music and everything what comes with it. It is just beautiful when people seem to like what you are doing.

Yakuzuzu: what are your life dreams? Are you living those already?

Well I do have a lot of dreams beside the music. I’m a family guy, I love kids. Therefore my future’s dream is to have children, at least one. To afford my own house or flat would be also great. All in all I think I do live one big dream already: I play my own music in front of thousands of people. And for everything else, I’m also optimistic.

Yakuzuzu: what does happiness mean to you?

I don’t need a lot to be happy. Having a good relationship with someone you truly love, having friends whom you can rely on, a roof above your head: that’s it. I don’t believe that millions on your bank account can ever make you happy, but the opportunity to realize oneself does — that’s pure luxury.

Living in Austria already means to be lucky because of all the possibilities and a good social system. The meaning of life is to enjoy it. Push the reset button in the morning and look what the day brings!

Yakuzuzu: if you could be 18 again, would you take the same path?

No, I’d probably do a lot of things differently. Whether I would be happier then? I don’t know. But I would make music, that’s for sure.

Listen to We Walk Walls’s latest album & learn more about the band at: http://www.wewalkwalls.com/