“I’m a shit-diver” A job alone won't make you happy: not everyone can work with baby pandas. ,

“I’m a shit-diver”, introduced himself Gregor Ulrich the very first time we met. We bumped into each other on my friend Christine’s barbecue party, and started the conversation in a rather casual way.

“Are you a friend of Christine?”, I asked.
“I am.”, said Gregor, “We know each other from the diving club.”
“Oh cool, are you a hobby scuba diver?”
“Well, I wouldn’t call it a hobby. I’m a shit diver!”, says Gregor. I was still eating finger food, but the yummy sausage got stuck in my throat. “Are you serious?”, I asked. He was.

“Sounds funny but it is actually my profession. I’m a sewage diver. A professional diver.”, says Gregor, and my mind is blown. I have many questions, but he sees the curiosity on my face and realises that it won’t be a quick conversation. He gets us drinks before we dive in.

Yakuzuzu: How does it feel to dive in people´s shit?

Well, I am not diving in the kind of shit that comes directly from the toilet. It’s already recycled human waste. It doesn’t smell like real shit, it smells more like, let’s say, wet soil. But of course it is still shit.

Yakuzuzu: That’s a very uncommon profession. Did you wake up once, suddenly wanting to become a sewage diver?

I grew up with diving. I loved it since I was a child. My father started a sewage cleaning company called Umwelttauchservice when I was a little boy, around 20 years ago. Sewage diving didn’t even exist before, we invented this thing. The digestion tank has never been investigated before, it was a real ecological problem.

In such a tank a lot of waste sand gets formed. Quite like when you remove the hair from the sink, a professional diver sucks the sand out of the tank with a hoover. It’s a family business, so I’m not only a diver but also have to take care of the business: I lead both the company and the team of professional divers. 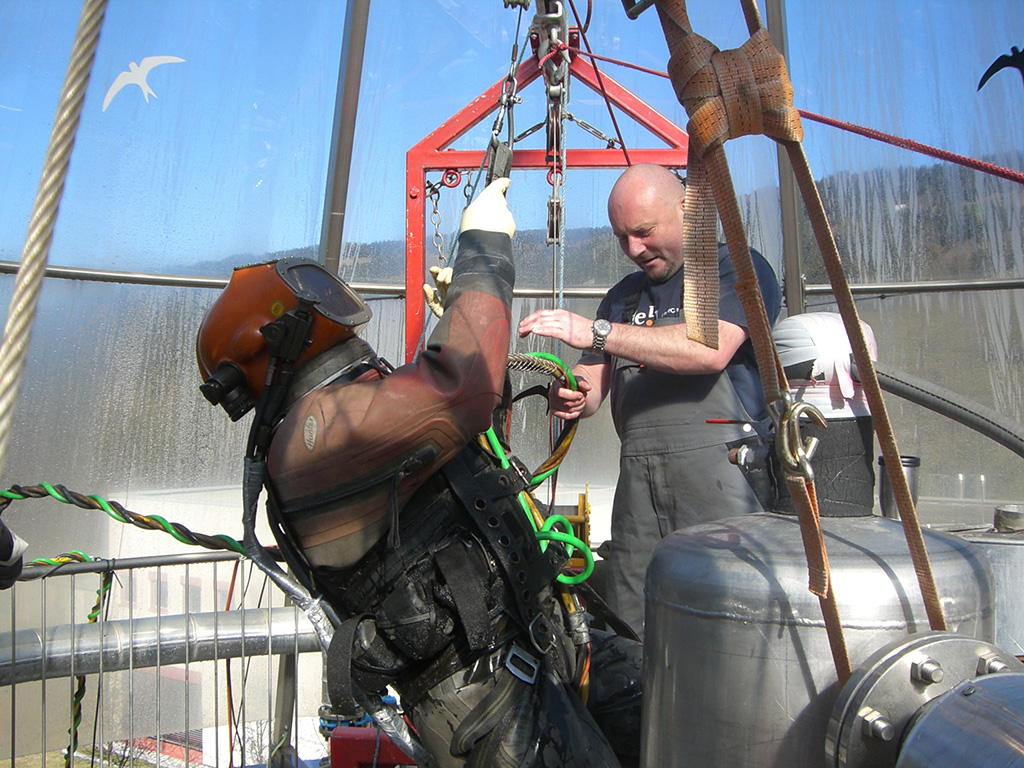 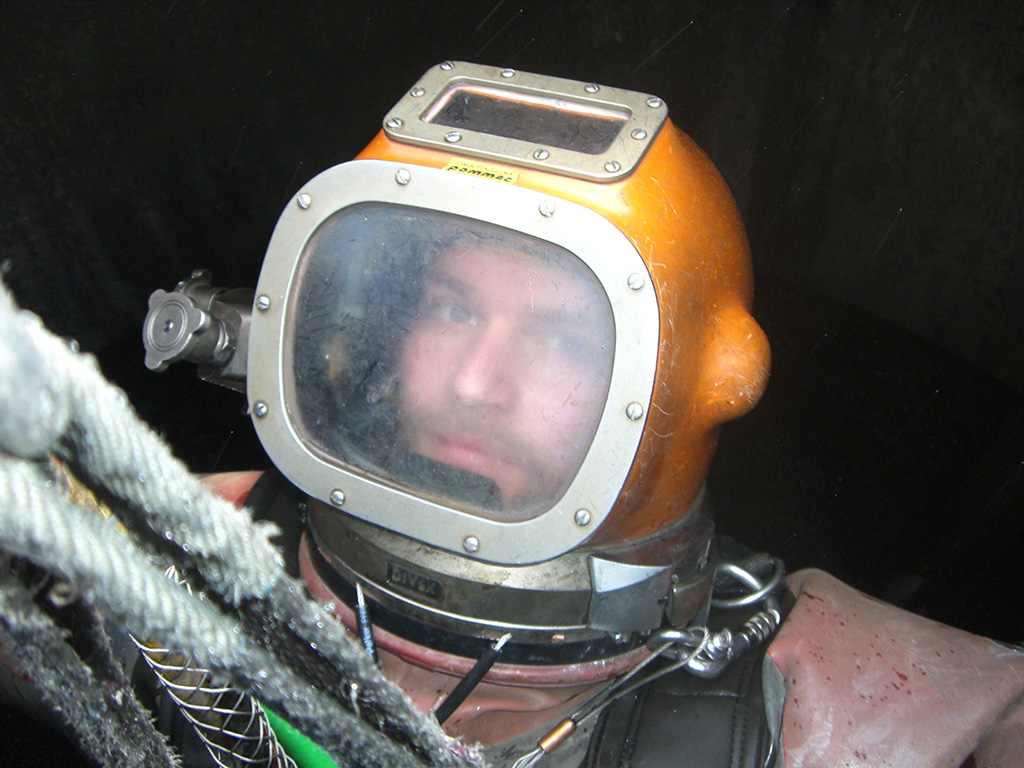 Yakuzuzu: Did you always dream about becoming a professional diver?

No, I’ve studied music in my 20s, to become an opera singer. By 25 I decided to join my father’s company because I wanted to have a solid job, something stable.

I don’t think that profession is the most important thing in life. You should be happy if you have any job.

Yakuzuzu: Besides managing the business, do you have any challenges that you want to share with us?

It’s a mental challenge. The diving entrance of the tank is very narrow. Then, you have to wear about 65 kilograms of equipment in total, the helmet only weighs 12kg.

You have to dive in pitch dark, in the 37 degrees water, and cover a distance of between 12 to 40 meters. All alone.

This job also involves a lot of travel. You might be away from home for 45 days. Alone in the car, alone in the hotel and alone, diving in shit. But I’m used to that lifestyle and I like my profession. 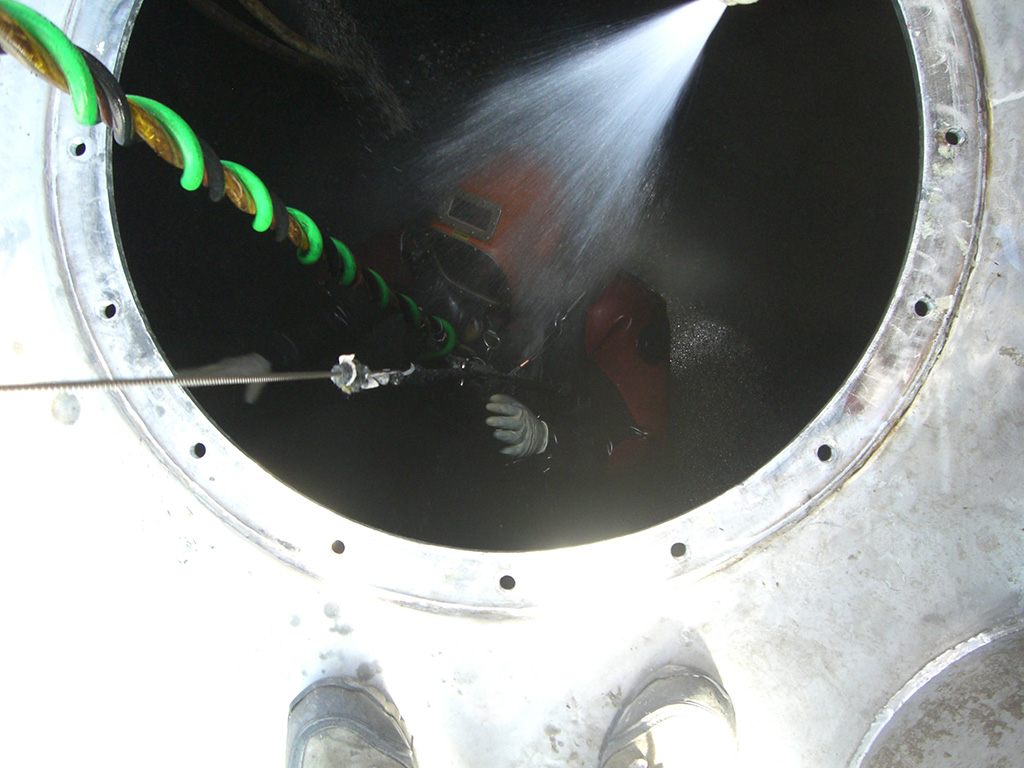 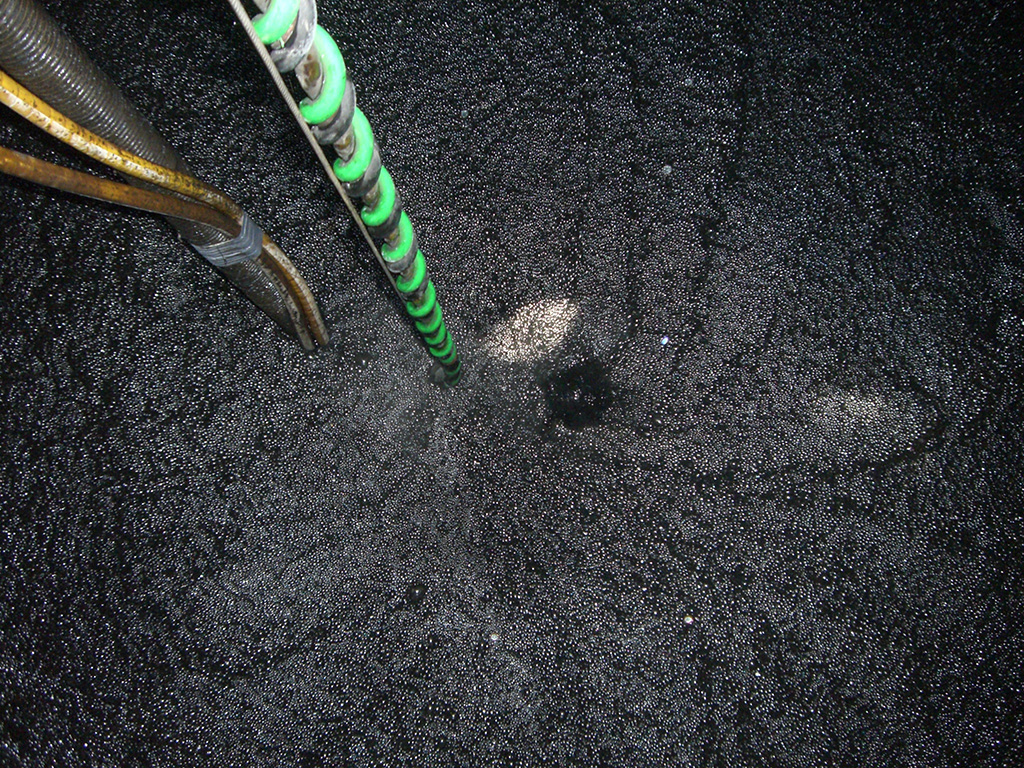 Yakuzuzu: Are you exposed to any dangers, for example diseases?

You might get the shits during the first three weeks, but after a while your immune system gets used to it. I don’t remember the last time I was ill. More generally, we are of course exposed to dangers: explosions might happen, because the gas on top of the shit is highly explosive. As a professional diver you know all those risks and how to deal with them. We try to minimise these risks with our experience and the equipment we use. If you ask me, scuba diving on the open sea is far more dangerous.

Yakuzuzu: I guess you have to be very fit for that job?

Yakuzuzu: Great sound track by the way. Why do you use social media? Do you need it as a marketing tool?

We do actually have competitors. They came out with their videos first, so we had to follow and now we can show our videos to our customers, the defecators. We didn’t produce these for the general public. On the other hand, 80 percent of our dive sessions are accompanied by the press: it’s publicity for the defecator, so we don’t benefit from the articles in newspapers.

Yakuzuzu: How do women react when you tell them your job? 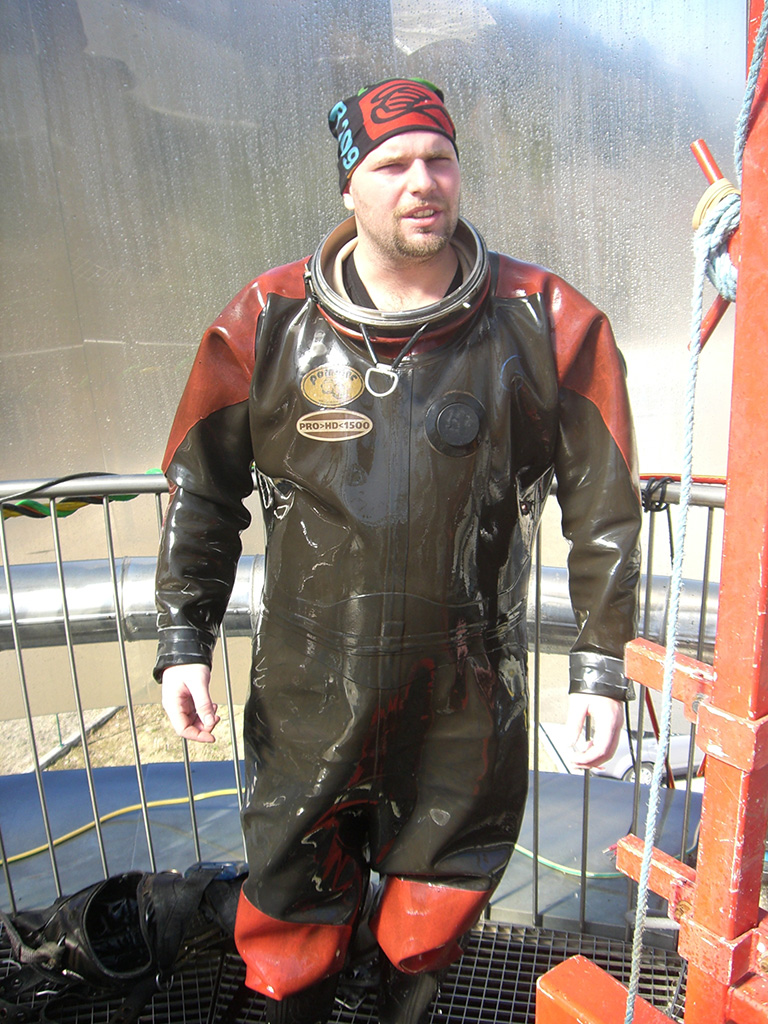 Yakuzuzu: Before we join the others again, one more special question: what makes your life worth living?

Feeling free and enjoying the nature. Being independent, I mean, financial independent. Money alone doesn’t stand for happiness but it makes you feel safe.

A job alone won’t make you happy, because not everyone can work with baby pandas.

Meet the shit diver on: www.umwelttauchservice.at
(or maybe on another barbecue party in Vienna)