I work as a tour guide in Budapest. Some call it a city of statues, and it really seems like you don’t need too much of an excuse to get immortalised by a sculptor here. Tour guides never know everything, even if they act like they do, and one of the questions that make me sweat is “Whose statue is that?” – because there are simply thousands of them. One thing makes my job easier though: I only have to know about men, because women simply don’t get statues. Or do they?

Let’s take Heroes’ Square for example. A magnificent square with 21 historical figures around: the heroes of Hungary. Can you guess how many are women? That’s right, zero. There used to be one, Maria Theresa, the only female ruler of the Habsburg dominions, but she had to go after WWII when the Communist leaders came and thought the Habsburgs were not okay.

This is a good example of how politics can shape history and society. We take these things for granted, but a small decision like erecting or removing a statue can shape the way we think about ourselves. Most people don’t question official monuments that already exist, and even more so they don’t notice the ones that are missing. And women are missing from our public spaces, therefore we don’t use this great opportunity to show our kids examples of extraordinary women, to give them female role models. 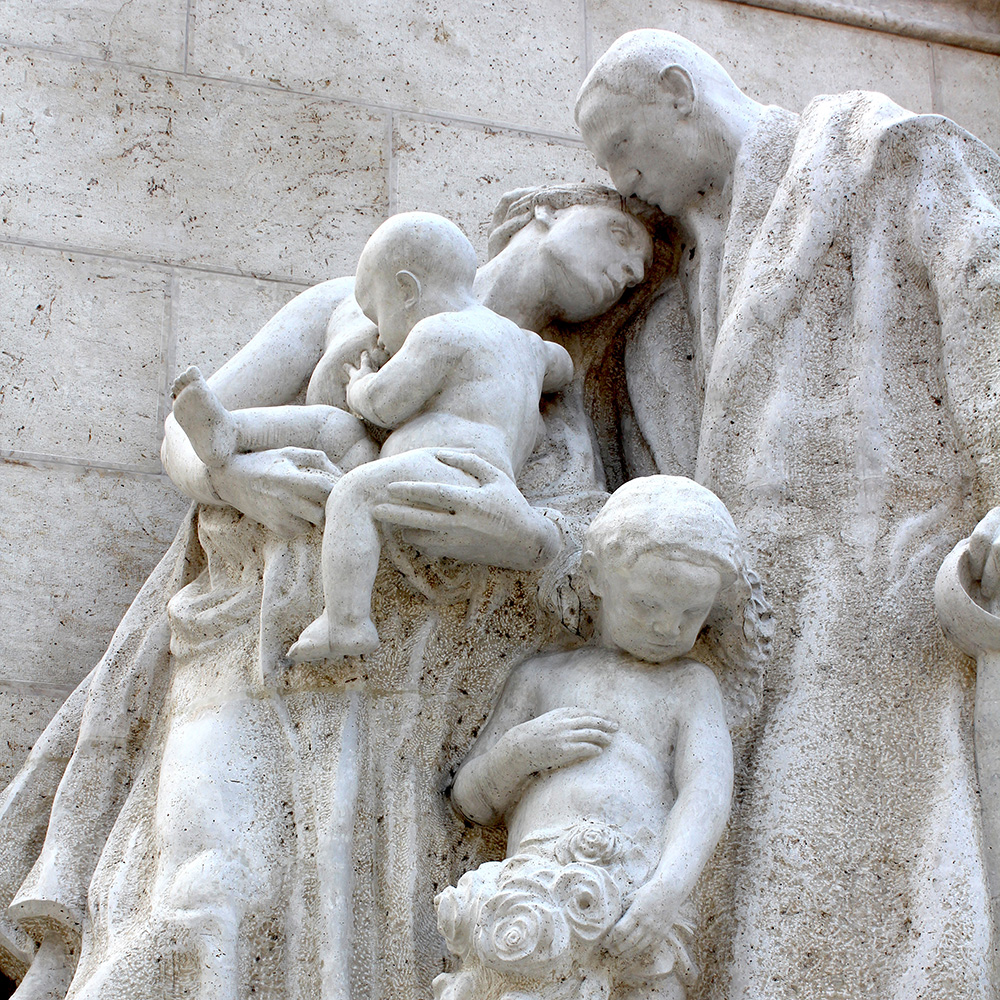 I wanted to do a bit of a research to see whether I’m biased or it’s true. I picked the two most historical and touristy areas, district 1 in Buda and 5 Pest, and I asked for help from kozterkep.hu, a community website that collects public art from all over Hungary. It was definitely not a scientific research, but I had some guidelines for myself: I only include full body statues and busts (no reliefs), and only people who existed and have a name (no allegories, no mythological figures, no “selfie” statues). I didn’t count the sculptures that make part of a building, like those of the Parliament or the churches, and I excluded Biblical figures as well, because we need women who we can all relate to, regardless of religion. I was hesitant with the saints, but most of them were important in our history as well, so I counted them as long as they had something to do with Hungary. But no Mary.

I found shocking numbers. In district 1 I counted 48 statues that fit my category, four of them are of women, and only three of them are pictured on their own: one of them, Queen Jadwiga or Hedwig, is sitting next to her husband, Władysław II Jagiełło. In district 5 only four female statues again out of 60, but two of these were Saint Kinga and Saint Hedwig facing each other – the same Hedwig I found in Buda. So we talk about 8.3% and 6.6% of female statues. That’s pretty far from the 50+% of the society. 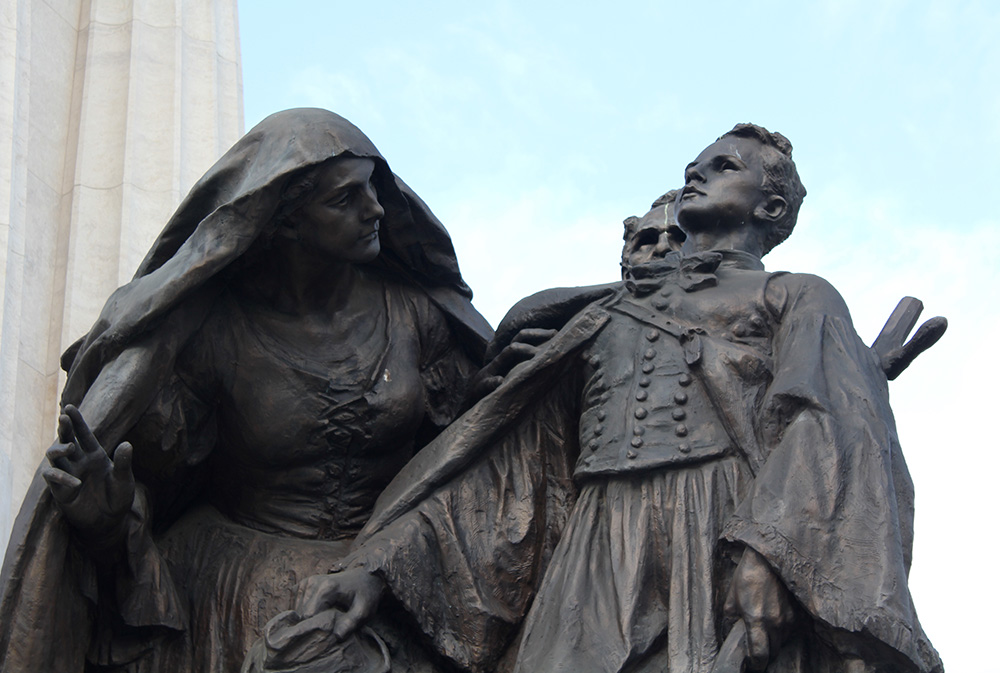 Just an additional detail: during my search in Budapest I also found three sculptures of penguins and eight (!) of bears, and these are not even our symbol like in Berlin or Madrid.

So who are these few women worthy of statues? Besides queens, saints, and actresses there are some educators. Brunszvik Teréz opened the first kindergarten in Hungary, and Veres Pálné established the first secondary school for women. They realised that education is key for a better country and a better society, so they have my vote! (Thankfully women can vote now around here, phew…)

Still, my favourite would be Kéthly Anna, journalist and politician, standing fairly close the the Parliament building, but not too close. More about this later. She was not a pretty actress or born royalty and marrying the right guy. In fact, she never married. Raised in a poor family of nine kids, she started to work when she was 15, but she always educated herself. Kéthly became the second female MP of Hungary in 1922, and she fought for better healthcare, education, and of course the rights of women. In the eve of WWII she criticised loudly the antisemitic laws of Hungary and during the war she urged breaking up with the Germans and quitting the fights. When she got deadly threats and her friends recommended her to keep quiet Kéthly simply replied: “If I was afraid I’d be a baker.” The Jeanne d’Arc of Hungary was a very active participant of the ’56 uprising as well, she was even a minister of the newly formed Hungarian Government – only for a couple of days, until the Soviets crushed the revolution.

Why do we need more female role models like Kéthly Anna? Because right now, in 2016, there are only 19 women in the Hungarian Parliament. That’s 9.5%. We can say that the representation of women in our politics is fairly similar to that in our public spaces. Going further: there are absolutely no women among our ministers today. 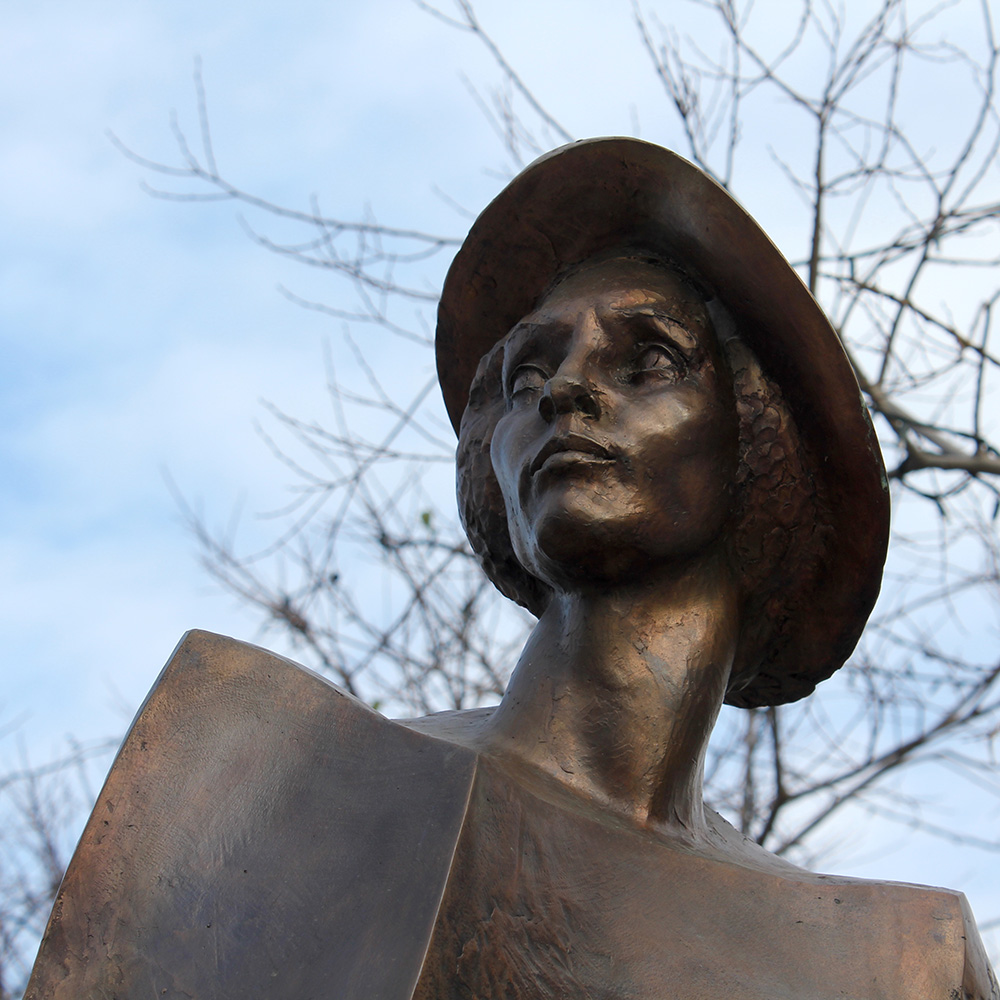 Remember I said Kéthly is not too close to the Parliament? Around the building itself there are five significant statues, some of them include several figures, even a whole government from 1848. The only female characters on these are mothers who are crying over men going to war. And that’s okay: they are old monuments, that’s how it used to be, they didn’t know better – but times change, right? Well, not exactly. These monuments were gone thanks to the turbulent 20th century, and they were remade and put back just in recent years. It was a deliberate choice of politicians.

But what can we do if men did all the great things? – you might ask. It is true that men had many more opportunities throughout our history to achieve fame, but this system is exactly what we should fight against. Trust me, we could find a few more brilliant women who would deserve a statue or being on a banknote. It’s only a question of wanting to do it.

We can choose to make women more visible. Because there are many women worthy of celebration! We can shape the way we think about female roles when we decide who’s included in the history books, who gets an award, who we make movies about, who we name our streets after. And of course we have the same responsibility when we decide about public statues, or when we write articles. So here, I did my little bit, and I will continue doing it on my tours as a guide.